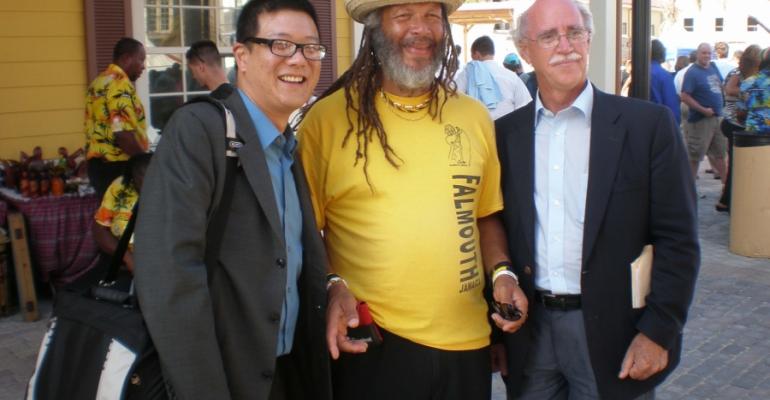 Harrison 'Harry' Liu, manager of brand communications for Royal Caribbean International, is leaving to head the public relations department for Four Seasons Resort Nevis, based from Miami. Friday was his last day with the cruise line.

'I’ll miss Harry’s always-upbeat personality. He’s been one of the most enthusiastic cruise line representatives in the business, and a great promoter of the Royal Caribbean brand,' said Gene Sloan, travel editor/cruise for USA TODAY.

Liu always was quick to get back to reporters on questions about the line and the consummate host when entertaining writers on board ships, Sloan added.

'On a personal note, I’ve never seen a guy who could eat so much and not gain weight,' Sloan marveled. 'Before he departs, Harry needs to tell us his secret.'

During 8.5 years with Royal Caribbean, Liu has been involved in six new ship launches, including those of the Oasis and Quantum classes. Plus, he's crafted relaunches following the revitalizations of 14 Royal Caribbean International and Azamara Club Cruises vessels.

Other highlights include working with the Port of Baltimore to create Maryland's first Royal Caribbean Cruise Day, a 2013 gubernatorial declaration, and the welcome, with country music star Martina McBride, of Voyager of the Seas as the largest cruise ship to homeport in New Orleans in 2011. Liu also ran 2008's USA TODAY 'Name That Ship' contest to name Oasis of the Seas and Allure of the Seas.

Before joining Royal Caribbean's corporate communications team in January 2007, Liu was an account supervisor at M. Silver Associates, where he worked on the Voyages of Discovery cruise brand, among others.

His enthusiasm for passenger ships dates back to childhood.

Growing up in Hoboken, New Jersey, Liu was inspired by his sixth grade teacher, author and historian Bill 'Mr. Ocean Liner' Miller, who fired the class's imagination by re-enacting stories about the classic trans-Atlantic liners.