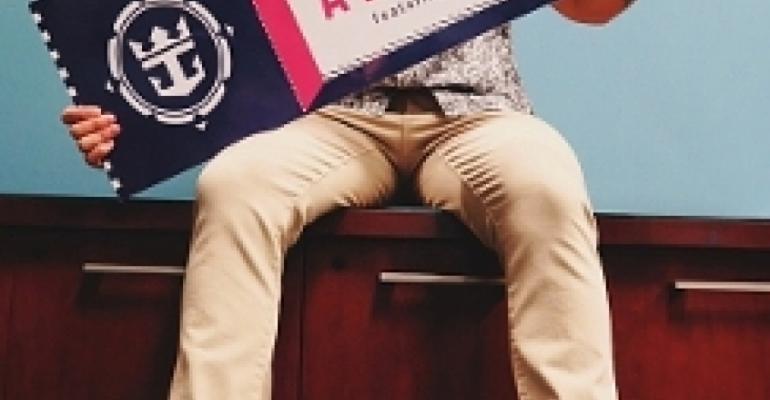 Royal Caribbean International kicked off the multifaceted 'Ticket to Adventure' promotion, an immersive and interactive sweepstakes that encourages consumers to virtually discover and explore Harmony of the Seas features and neighborhoods.

Participants can enter for a chance to win more than $300,000 worth of prizes that range from a grand prize, seven-night Caribbean cruise for four to 200 invitation-only getaways, more than 175 GoPro HERO4 cameras, over $40,000 in gift cards, and more.

Through Nov. 5, consumers can register for the promotion at RoyalCaribbean.com\TicketToAdventure. Every two weeks, one of Harmony's seven neighborhoods will be unlocked on the site, opening the door to interactive content and fun facts, such as the height of The Ultimate Abyss, the tallest slide at sea, or the number of plants in Central Park or the variety of cocktails the robot bartenders at Bionic Bar can sling.

Bonus instant win games are hidden within each neighborhood and extra sweepstakes entries will be awarded to those who share Ticket to Adventure with their friends via email or social media.

Over the course of the next seven months, Royal Caribbean will infuse a little adventure into some unexpected places and pop culture events, and partner with personalities. The first is actor and singer Carlos PenaVega, who will give fans the chance to join him on board Harmony of the Seas during exclusive, invitation-only preview events in Southampton. Fans can enter for a chance to win by visiting the sweepstakes site between now and May 1 and entering code GREASE.

In addition, Royal Caribbean will deploy a series of code words that can be uncovered on RoyalCaribbean.com, through Royal Caribbean emails and exclusive Crown & Anchor Society newsletters for loyal passengers, as well as through participating travel agents, or by following Royal Caribbean on Facebook, Twitter and Instagram. Consumers who find a code can input it at RoyalCaribbean.com\TicketToAdventure to be entered into the grand prize drawing and unlock chances for instant win prizes.