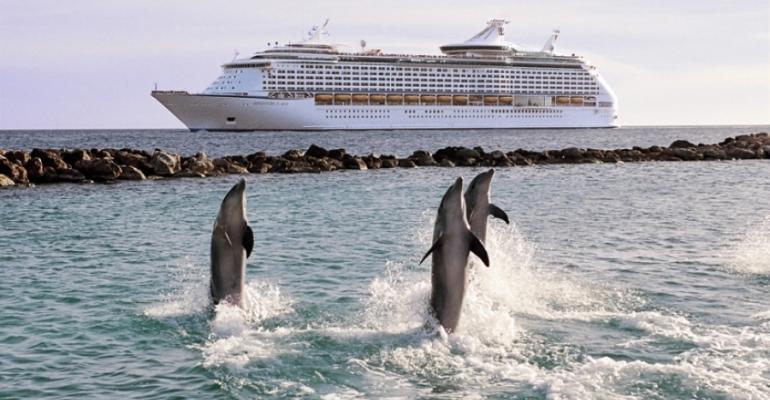 Three will be PureSOx 2.0 systems as presented at SMM 2014, while the fourth will be the first test inline version of PureSOx.

The contract for the Freedom-class vessels was signed in late 2014.

'SOx scrubber systems are part of our commitment to meeting or exceeding important environmental standards, as they allow compliance even where low-sulphur fuels have limited availability,' said Harri Kulovaara, evp maritime at RCL. 'We chose Alfa Laval and PureSOx on the basis of strong references, a strong technical platform and a strong willingness to cooperate in implementing the technology on our vessels.'

'RCL is a highly capable partner with a strong interest in seeing marine scrubber technology move forward,' said René Diks, manager marketing & sales, exhaust gas cleaning at Alfa Laval. 'Our collaboration on both the standard and inline PureSOx installations has been valuable for both parties.'

Royal Caribbean, among other cruise operators, has an outspoken goal of reducing environmental impact. Scrubber technology fits neatly with this ambition, yet its implementation on cruise ships can be more difficult than on other vessels. The cruise construction poses challenges in meeting space and stability limitations.

For the Royal Caribbean ships, the process of meeting those challenges was a demanding year-long journey involving dedicated project teams from both RCL and Alfa Laval. A detailed and initially difficult Technology Qualification Process was conducted when the two parties, sometimes supported by external integrators, discussed the technical requirements in depth. Uncertainties and concerns were identified, evaluated and addressed.

'There is immense complexity in a retrofit of this size aboard a cruise ship,' noted Kevin Douglas, vp technical projects and newbuild at RCL. 'To ensure the right solution and the smoothest possible implementation, we needed a thorough, open and systematic dialogue.'

Douglas added that Alfa Laval has worked 'closely and vigorously with us to merge their system knowledge with our expertise in cruise ship installations. As a result, we have confidence the strong partnership will deliver results.'

Despite the issues of space and weight on a cruise ship, the standard U-shaped configuration of PureSOx 2.0 could be successfully incorporated into all three Freedom-class vessels. The flexible configuration reduced installation cost by allowing multiple engines to be connected. Space for the scrubber itself was found behind the existing funnel, in front of the rock-climbing wall. The water cleaning unit and circulation tanks will be located high up and on the same deck, to avoid the need for an additional booster pump.

Hybrid operation, which offers both closed-loop and open-loop modes, was particularly important for the RCL vessels. Since their routes will take them into US coastal waters, the vessels will be subject to US Vessel General Permit legislation, which sets discharge criteria that are stricter than those of IMO.

'Our cruise ships will naturally use seawater in open-loop mode whenever this is feasible,' Douglas said. 'However, their area of operations will require a closed-loop mode with reliable water cleaning. This is where Alfa Laval’s separation expertise comes into play.'

The PureSOx installation aboard Adventure of the Seas will also be a hybrid system. However, the design of this Voyager-class vessel posed additional constraints. Because the space available was even less and the stability issues even greater than aboard the Freedom-class ships, RCL was open to finding an alternative configuration. Adventure of the Seas will be the first vessel to install an inline version of PureSOx, which has been under development at the Alfa Laval Test & Training Centre in Aalborg, Denmark.

Inline scrubber configurations will be attractive or even necessary for many cruise ships and RoPax vessels, which is why inline development has been a high priority for Alfa Laval,' said Jens Peter Hansen, Alfa Laval R&D manager. 'The analysis and trials at our new test centre have focused on ensuring a safe water trap and minimizing material stresses in the inline design, because the scrubber is cooled and heated with every start and stop.'

Hansen added that Alfa Laval was pleased to involve RCL, 'whose valuable insights and installation expertise have contributed to the final design, and we look forward to following up on this first inline installation.'

Douglas concurred that Royal Caribbean was interested in working with Alfa Laval on the inline version of PureSOx because it addresses the special cruise ship challenges.

'We are keen to see scrubber technology develop, especially in this direction,' he added.

The four-vessel commitment from RCL doubles the number of cruise ship orders in the Alfa Laval PureSOx portfolio.