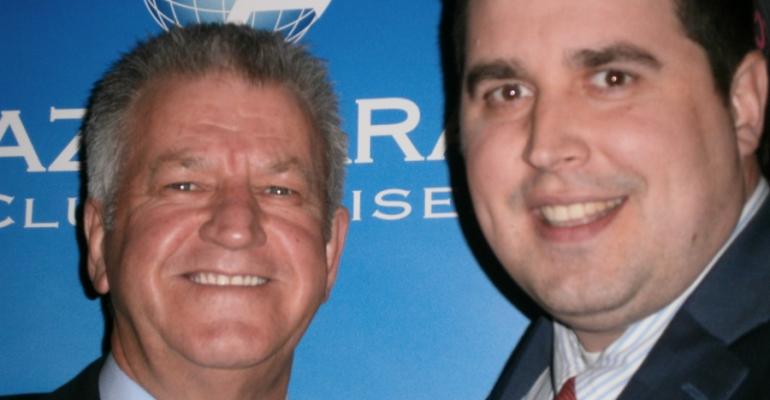 Shepherdson told guests the company is ‘very excited’ about Azamara Club Cruises’ debut in Australia and New Zealand with its 694-passenger Azamara Quest.

She said the ‘jewel-box’ ship departs Bali on December 22, 2015, for Cairns. On January 5, 2016, Azamara Quest sails for Sydney where she will operate a cruise to and from Auckland. On February 13 the ship makes a return 17-night cruise to Bali from Sydney via the Great Barrier Reef.

It will make 25 port visits in Australia and New Zealand over two months in the region.

Guests were also updated on other Royal Caribbean news, including the A$100m makeover of Voyager of the Seas before arriving in Sydney on December 8 with the region’s first FlowRider surfing simulator and Legend of the Seas’ five-month season in Brisbane from December 2015.

The road show kicked off in Melbourne on August 6, followed by Auckland on August 7.