Royal Caribbean is sending another Quantum ship, Ovation, to China 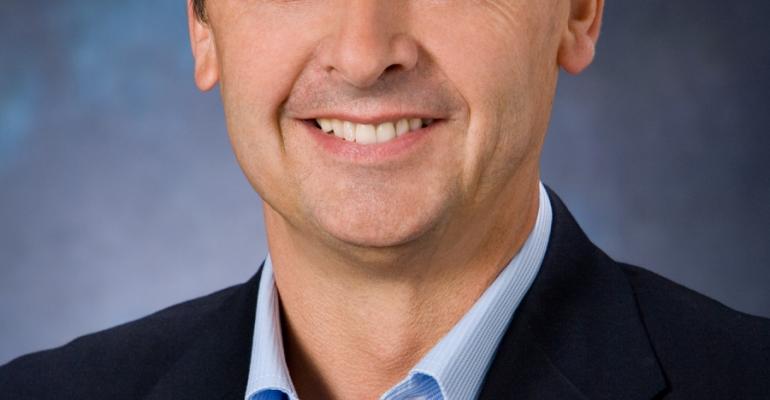 Upping the ante in China, Royal Caribbean International is deploying a second Quantum-class ship in China. Ovation of the Seas, entering service in April 2016, will be based from Tianjin (for Beijing).

The news was announced by Royal Caribbean president and ceo Michael Bayley in Beijing.

Ovation of the Seas will be the cruise line’s fifth ship based in the region.

'Cruising has become very popular for Chinese consumers and Royal Caribbean is already capturing their imaginations with our industry-leading cruise ships,' Bayley said.

Bayley added Royal Caribbean will significantly expand its investment in the training and employment of Chinese talent 'so they can join us in delivering our amazing and distinctive vacations to Chinese travelers.'

Currently under construction, Ovation of the Seas will join Quantum of the Seas, Mariner of the Seas, Voyager of the Seas and Legend of the Seas in China. The five ships will comprise the largest fleet deployment for any cruise brand in the country, with sailings operating from Shanghai, Tianjin, Hong Kong and Xiamen. The primarily three- to 12-night cruises will sail to destinations in Japan, Korea, Taiwan and Vietnam.

Royal Caribbean's summer 2016 Asia cruises will open for booking in August this year.

Royal Caribbean created a curriculum with the Tianjin Maritime College in August 2014 to attract, train and employ more Chinese workers. In the 13,000-square-foot school, students are instructed in the skills needed for a culinary or restaurant service career with Royal Caribbean. The line said it has already hired more than 3,000 graduates and hopes to expand the program to accept more students and work with colleges in other Chinese cities.

In other initiatives, Royal Caribbean is investigating potential Chinese drydock facilities to revitalize Legend of the Seas as early as 2018, and developing logistics centers in China to supply its ships deployed in the region and  inbound-tourism business model to bring thousands of North American vacationers to experience China.

Ovation of the Seas’ maiden sailings will include a 52-night 'global odyssey' from Southampton to Tianjin. This cruise will open for booking on Thursday. Five segments are available.

While China gets the newest Quantum-class ship, as earlier reported, North America will have the newest Oasis-class vessel, Harmony of the Seas. Three Oasis-class ships will sail from two Florida ports (Everglades and Canaveral) starting in 2016, in addition to Anthem of the Seas from Cape Liberty in Bayonne, N.J.