At Royal Caribbean, Tamis is forming his team 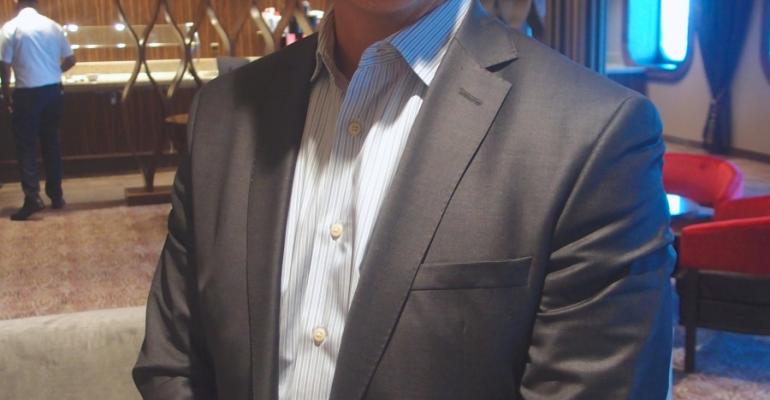 Mark Tamis aboard Anthem of the Seas this week

That veteran, Raymond Gschaider, has 'deep industry background and knowledge,' Tamis told Seatrade Insider. Gschaider, who has worked for Royal Caribbean over decades, including as hotel director and on the newbuild team of the Oasis-class ships, will oversee housekeeping, guest services and private destinations like Labadee.

The new vp food & beverage is expected to be named next week.

Tamis praised Royal Caribbean's succession planning, noting that internal candidates get new opportunities, and he said that's the case in his group.

There have been some changes and talent swaps between the RCI and Celebrity Cruises since Michael Bayley and Lisa Lutoff-Perlo took their respective presidential roles.

Bayley brought in Tamis, who had five years as svp guest operations at Carnival Cruise Line, preceded by key roles at The Setai Hotels and Resorts and with the Ian Schrager Co., an operator of boutique properties. At Royal Caribbean, people who now answer to Tamis include Nick Weir, vp entertainment.

As earlier reported, Royal Caribbean's Brian Abel, vp food & beverage operations, will move to head hotel operations at Celebrity as vp, starting May 2. And Seatrade Insider has learned that Damien O'Connor, director of operations, will be going over to Celebrity, too.