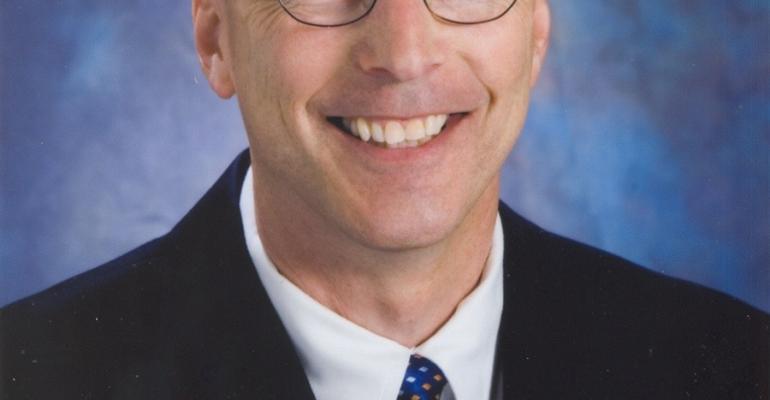 Gary Bald - key figure in the development of Royal Caribbean's approach to safety, environment and health

Love will start on Monday.

Bald signed on with Royal Caribbean in 2006 after an FBI career, and Love brings long experience from the FBI as well.

Bald had joined the cruise operator as vp global security, a new role. He had held the third senior-most post at the FBI, executive assistant director for the agency's national security branch.

It was a time of intense scrutiny of the cruise industry following the highly publicized July 2005 disappearance of George Smith IV from a Brilliance of the Seas Mediterranean cruise in July 2005. No charges were filed in the 'missing honeymooner' case and a body was never found.

'Gary has been a key figure in the development of Royal Caribbean's approach to safety, environment and health, and an important leader who has made significant contributions to the entire cruise industry,' said Adam Goldstein, president and chief operating officer for Royal Caribbean. Goldstein said Bald's leadership has 'enhanced the safety and security of our guests, crew and employees,' adding: 'We are privileged to have had Gary at Royal Caribbean.'

Goldstein also welcomed Love to the team. 'I am confident Jennifer's skills and expertise will build on our momentum and take our company to even greater advances in our preparedness, procedures and systems,' he said.

Love spent nearly 25 years at the FBI, where she gained broad experience and received numerous honors and awards for her leadership in national security and criminal financial law enforcement. Most recently, Love headed the enterprise-wide security programs and process for the Cablevision Systems Corp. and served as the company's chief liaison to local, state and federal law enforcement agencies.

Among Love's honors are the Presidential Rank Award for Meritorious Executive Service in 2010, and the National Association for Advancement of Colored People, Community Leader Award in 2009.