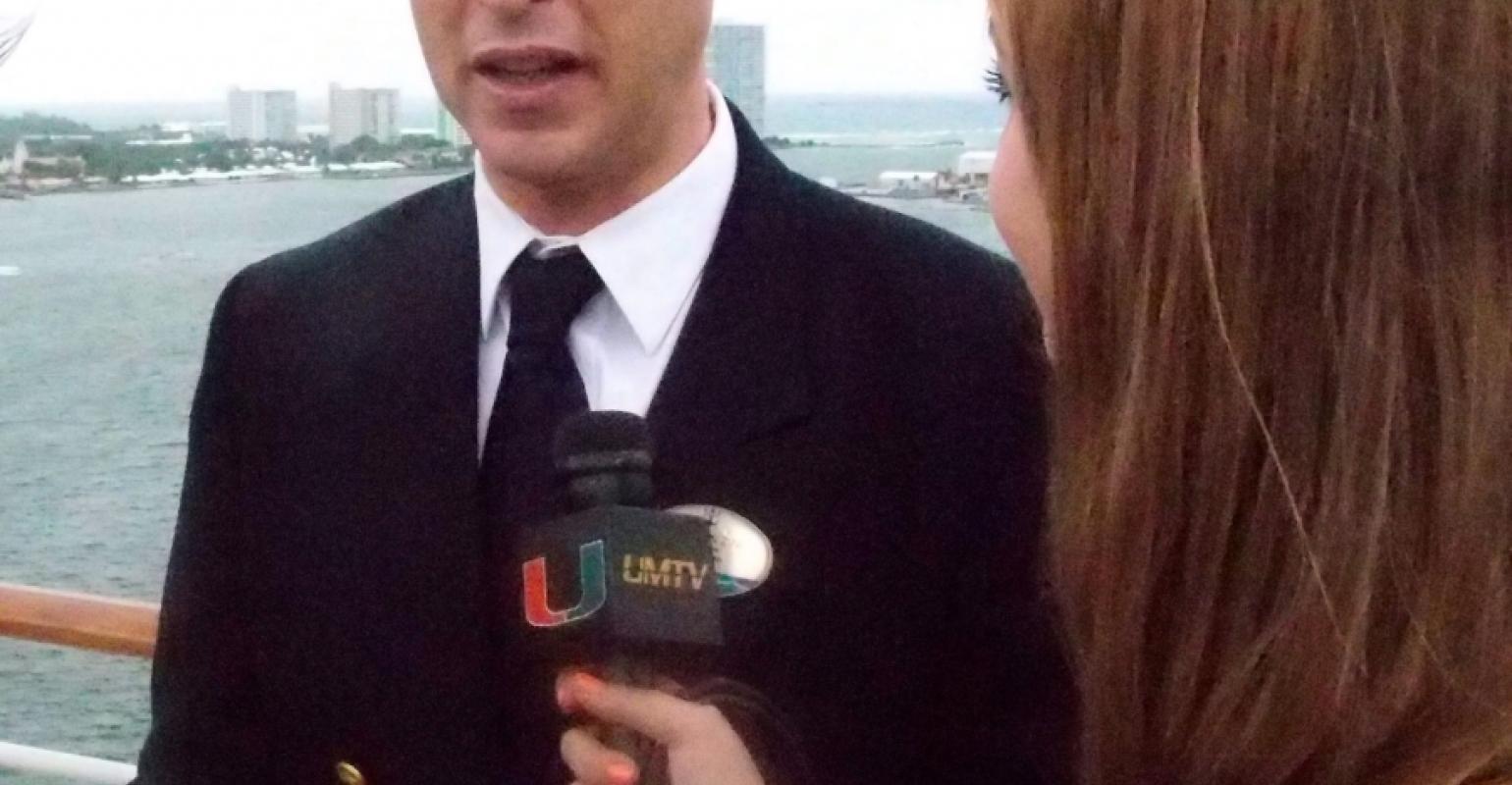 Capt. Hernan Zini gives an interview aboard Allure of the Seas in this file photo (photo: Anne Kalosh)

Zini has more than 23 years of cruise ship operations experience, including 13 years as cruise ship captain. His duties as fleet captain entail responsibility for the Royal Caribbean International and Azamara Club Cruises ships, a total of 24 vessels.

He oversaw the construction of Allure of the Seas and Liberty of the Seas, and served as the first master for both vessels.