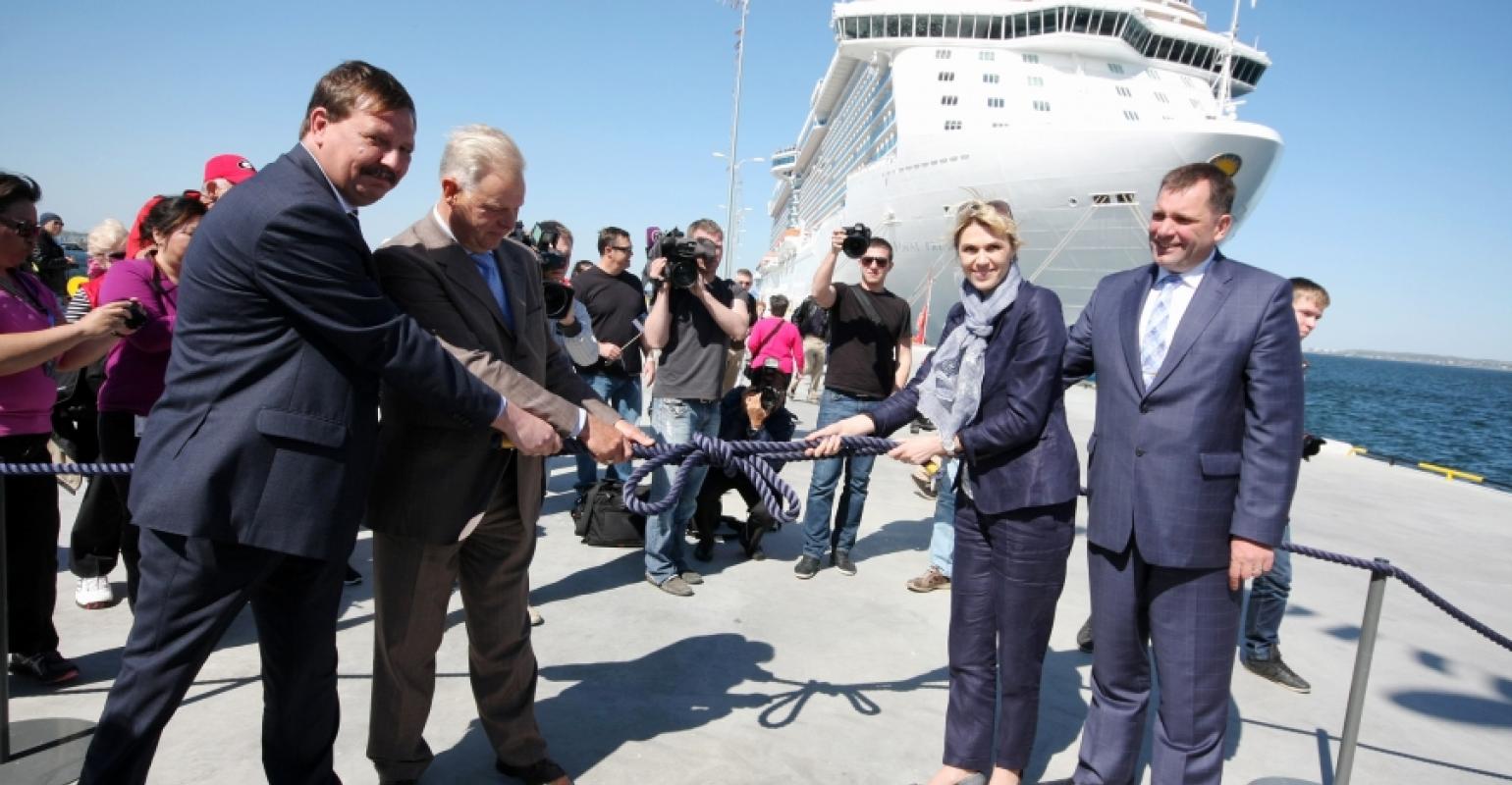 Port of Tallinn opened a new €9.34m cruise berth on Saturday  enabling very large cruise ships to tie alongside. The opening of the new facility was marked by the arrival of Royal Princess, the largest cruise vessel to ever visit Estonia.

The official opening ceremony took place on the quay attended by Allan Kiil, board member of Port of Tallinn, Urve Palo, minister of economic affairs and communications, Taavi Aas,  deputy mayor of Tallinn and the head of the Estonian branch of BMGS construction company Leho Alliksoo.

Festive plaque exchanging between Tallinn harbourmaster Ülo Kikas and the Princess Cruises’ ship’s captain Dino Sagani also took place during the official opening. Guests and passengers were surprised by an exciting flyboard show in the waters alongside.

‘For the Port of Tallinn, the construction of the new cruise quay was the largest single investment last year,’ said Kiil. ‘This investment will, on the one hand, satisfy the growing demand for Tallinn as a tourist destination and, on the other hand, help us meet the needs of cruise operators that are operating larger and larger vessels,’ he added.

According to Minster Palo, there is still potential to increase the number of cruise tourists visiting the Baltic Sea resulting from the joint marketing of Tallinn and other regional cruise destinations, which will obviously affect the economy of those destinations.

According to a survey, performed by consulting company G.P.Wild, cruise tourists are very happy with Tallinn and highly appreciate the friendliness of the locals, service in stores and historical attractions of the city,’ the Minister added.

With the addition of the new quay, Port of Tallinn is able to moor cruise ships up to 340mtr in length, up to 42mtr in width, and with a draft of up to nine metres. 330mtr long Royal Princess brought over 3,000  cruise visiotrs to Tallinn.

Construction of the new quay next to the existing cruise quays in the Old City harbour started in May 2013. The total length of the quay built by BMGS is 421mtr and has a depth at the quay wall of 11mtr. It is fitted with electricity supply, outdoor lighting, communications equipment and pipelines for removing waste water.

Tallinn is set to welcome around 300 vessels and around 470,000 cruise passengers to the capital of Estonia this summer in a main season finishing on September 26. However some cruise ships are scheduled to visit Tallinn in October and December.