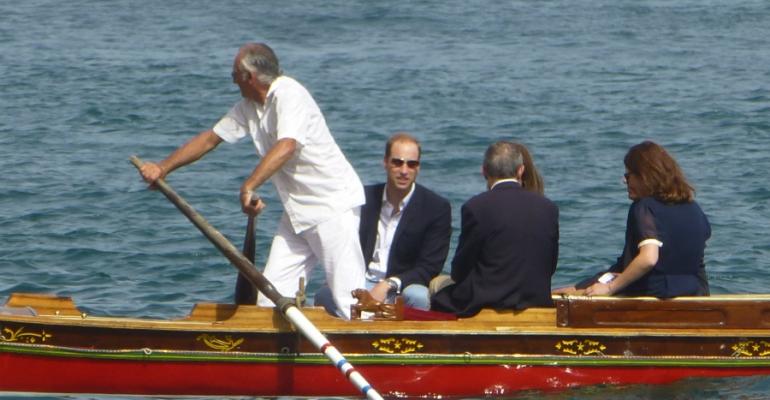 During a visit to Malta last weekend, Prince William crossed Valletta's Grand Harbour on a typical Maltese boat called a ‘Dghajsa’ and passed beneath Cunard's Queen Victoria, berthed close to the Old Customs House. As Commodore Rynd, Master of Queen Victoria had made a public announcement about the crossing, guests were out in force on their balconies and others on the aft decks to wave the Union Jack and take pictures of this unique moment as Prince William waved to them.

On Saturday evening, guests on board Saga Sapphire, which overnighted at the Valletta Waterfront just underneath the Upper Barrakka Gardens, enjoyed a spectacular evening of fireworks and festivities to celebrate Malta’s 50th Independence Anniversary, reports Ivan Mifsud, managing director of Malta Cruise Services - port agents and ground operators for both cruise ships.

Prince William was guest of honour at a reception at the Upper Barrakka Gardens where world famous Maltese tenor Joseph Calleja sang 'Nessun Dorma' while Miriam Cauchi sang the National Anthem. Performances by various artistes were projected on the majestic bastions of Fort St Angelo. The Maltese Airforce performed a low-level fly past and Prince William unveiled a commemorative plaque, not far from a plaque unveiled by the Queen when she was in Malta with Prince Philip for their sixtieth wedding anniversary. A gun salute was also fired from the antique guns of the Saluting Battery.