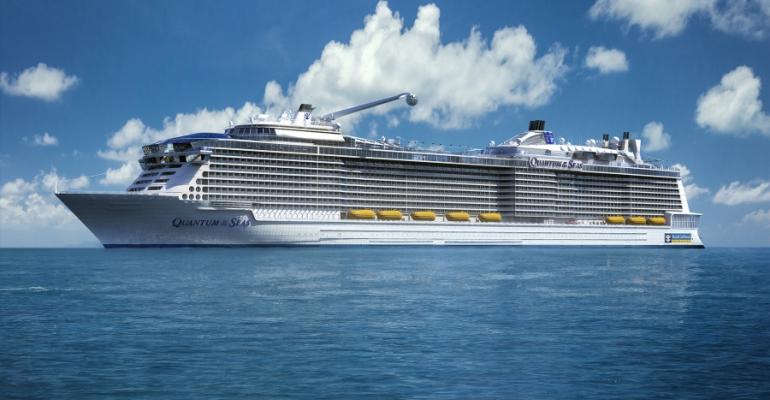 Announced a week ago during the cruise operator's second quarter earnings call, the program targets double-digit ROIC of approximately 10% and a doubling of 2014's estimated earnings per share to about $6.90 by 2017.

One percent net yield equates to about 30 cents per share. More than the plus-2% yearly net yield growth the company needs to make its goal, Wells Fargo analyst Tim Conder expects the cruise operator to achieve 3% with an upside of 4%.

Other elements of Double-Double are a capacity-leveraged fixed cost base that will result in flattish average net cruise costs, excluding fuel, and a contribution from Royal Caribbean's German joint venture, TUI Cruises.

The brokerage equates the company's 3% annual capacity growth to about 90 cents EPS and expects TUI earnings to kick in an estimated 30 cents to 40 cents EPS over the three-year period.

Wells Fargo said executive compensation will be adjusted to align with the program's benchmarks and incentivize management.

Wells Fargo remains comfortable with the cadence of its RCL EPS estimates, Conder added, with EPS growth in each of the next two years likely above the implied 26% annual Double-Double combined annual growth rate, given approximately 7% capacity growth, before moderating in 2017.

The brokerage reiterated Royal Caribbean as its top cruise line and leisure pick in 2014, and said pullbacks in the stock price are an opportunity to build positions.