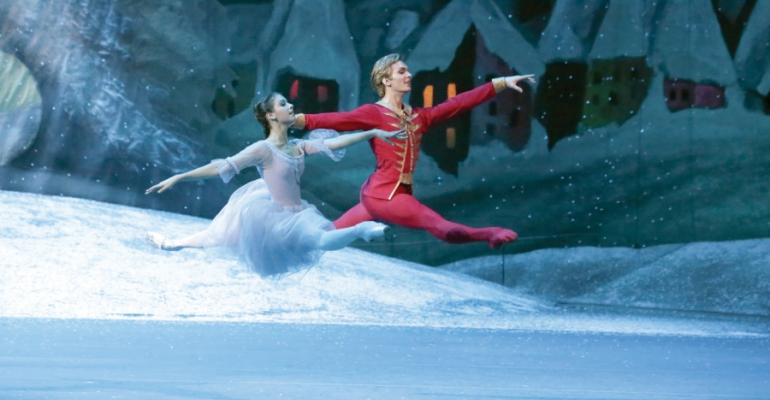 The dance stars will appear on stage in the Show Lounge for three performances during the nine-day voyage, round-trip Istanbul, to destinations in Greece and Turkey.

'We're honored to have two accomplished artists from one of the world's most renowned ballet companies performing aboard our beautiful Silver Spirit,' said Kristian Anderson, Silversea's svp and general manager for the Americas.

Daria Khokhlova joined the ballet company of the Bolshoi Theater in 2009. Her repertoire includes such roles as Marie in 'The Nutcracker,' the Ballerina in 'Petrushka,' Princess Florina in 'Sleeping Beauty' and Olga in 'Onegin.' She is also known for her interpretation of Ophelia in 'Hamlet.'

Artemy Belyakov's noted roles include Blue Bird in 'Sleeping Beauty,' Lensky in 'Onegin' and the Evil Genius in 'Swan Lake,' among others. He joined the ballet company of the Bolshoi Theater in 2010.