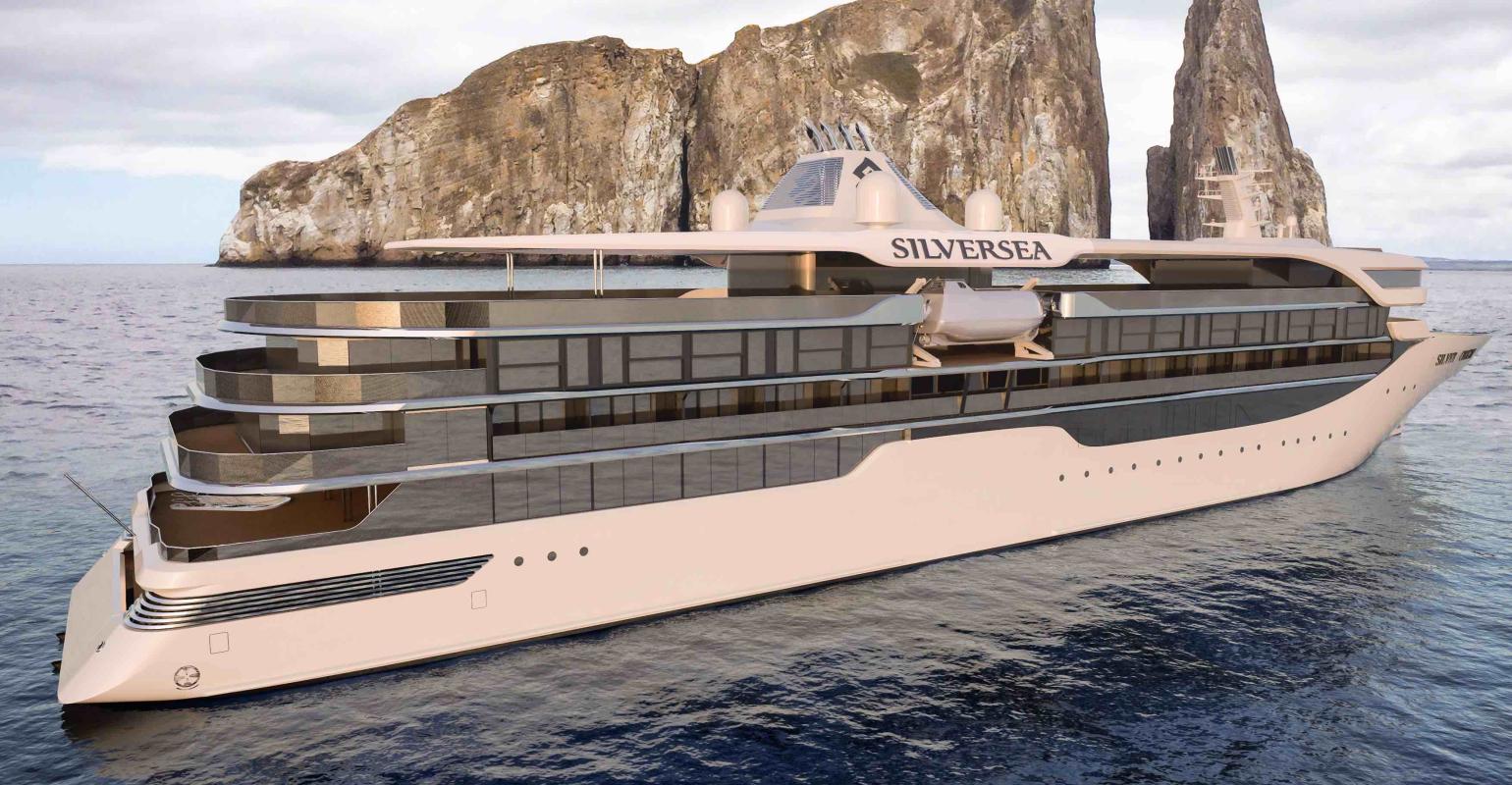 Travelers will be able to reserve their suites aboard Silversea's newbuild, Silver Origin, custom-designed for the Galápagos, starting July 16.

The all-suite, 100-passenger Silver Origin is scheduled to embark on its maiden voyage in July 2020.

'After admiring endemic species in the wild and exploring the beautiful landscapes of the Galápagos — with the guidance of local experts — guests will continue their discovery of this unique destination on board through regionally inspired cuisine, informative lectures and various other enhancements,' Silversea President and CEO Roberto Martinoli said.

The ship will continue the legacy of the retiring Silver Galapagos by alternating two seven-night itineraries between Baltra and San Cristobal.

Highlights include the chance to witness wildlife in their natural habitats, including and an abundance of marine life through various snorkelling opportunities — potentially near schools of tropical fish, turtles and whitetip reef sharks; and the chance to explore unusual geological features, including lava flows at Sullivan Bay.

Highlights include magnificent geological features, including Kicker Rock and Pinnacle Rock, and a Zodiac ride to Buccaneer's Cove, which once provided a refuge for pirates.

One naturalist for every 10 guests

Silver Origin will carry one naturalist for every 10 passengers, and a fleet of eight Zodiacs plus kayaks to enable on-water exploration.

In 2020, two special extended voyages are planned for the holiday season: departing Dec. 19, passengers will be able to travel deeper into the destination on an 11-day voyage from San Cristobal to Baltra, while a 12-day New Year's cruise will depart Baltra on Dec. 29, concluding in San Cristobal.

Silver Origin's eight suite categories include one Owner's Suite that wraps around the stern on Deck 6, offering a panoramic view. Situated directly below, on Deck 5, are the one Grand Suite and one Royal Suite, connecting suites that can be combined. Rounding out the most spacious accommodation options are two Silver Suites, located forward on Deck 5; each can be connected to an adjacent Classic Veranda Suite to accommodate groups.

All of these top-tier suites feature a large veranda with outdoor furniture and floor-to-ceiling glass doors.

Shower/bath with a view

The remaining four suite categories include one Medallion Suite, seven Deluxe Veranda Suites and 16 Superior Veranda Suites located on Deck 6. These accommodations are most notable for their Horizon Balcony, which converts into an indoor living space with a floor-to-ceiling window. On Deck 5, there are also 22 Classic Veranda Suites, each with floor-to-ceiling sliding doors that open onto the veranda. Additionally, they offer third-guest capacity as well as several connecting suites.