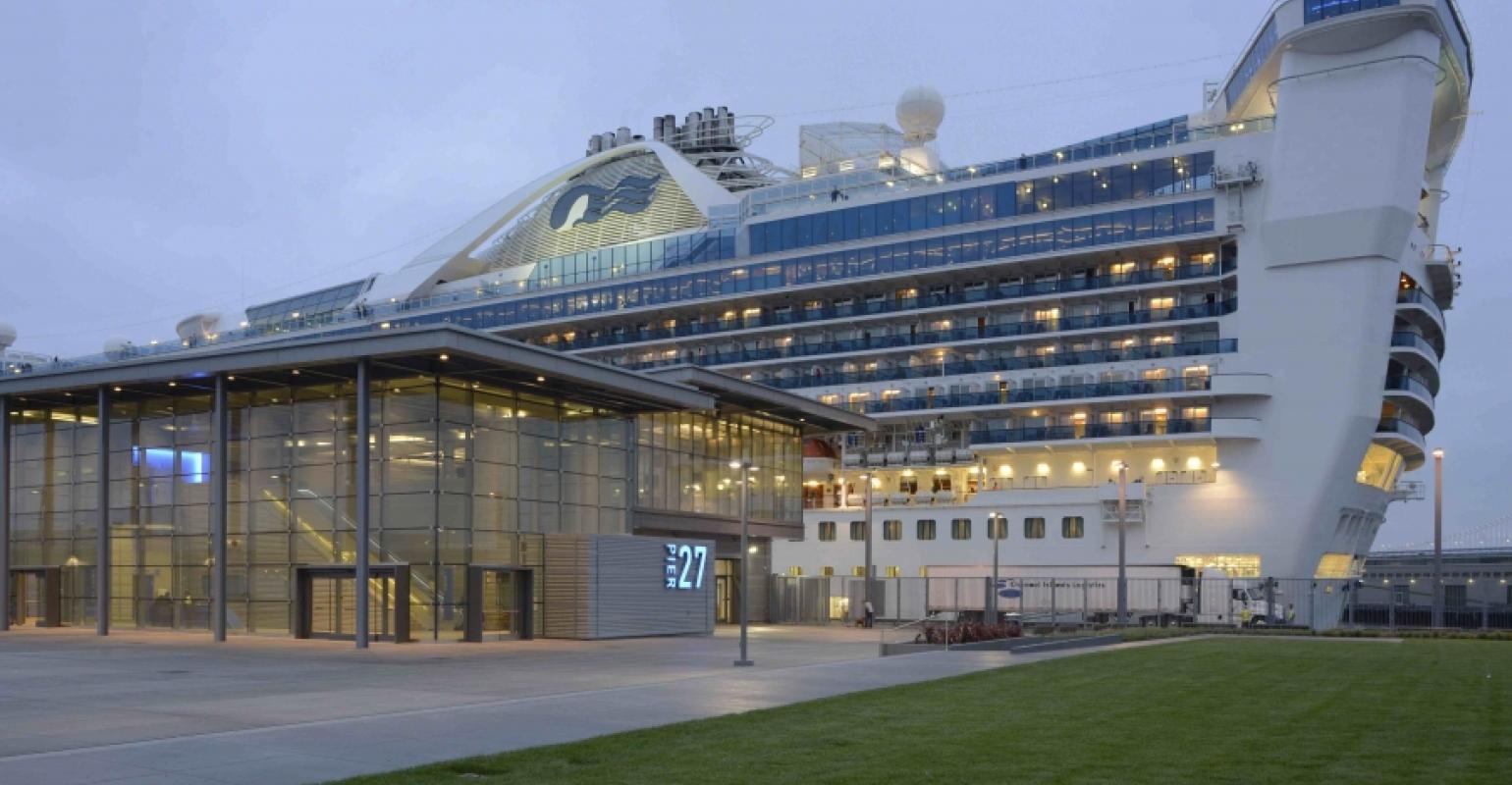 Star Princess alongside at the new James R. Herman Cruise Terminal at Pier 27 last week, prior to the grand opening

San Francisco Mayor Edwin Lee joined the Port of San Francisco, the maritime community and the public in celebrating the grand opening of the new James R. Herman Cruise Terminal at Pier 27 on Thursday. Grand Princess, in port for the festivities, served as the backdrop.

The terminal offers 91,000 square feet in a two-story building with views to the Bay Bridge and back to the city skyline and Telegraph Hill. Sized for 2,600 passengers and able to handle ships with up to 4,000, the terminal includes the latest passenger and perimeter security features while also easily transitioning to an event center on non-cruise days. Other features are computerized access control and security monitoring systems, vessel data connectivity to terminal network systems, and hardwired and wireless operating networks.

Mayor Lee called the terminal a 'legacy project that will welcome more passengers, visitors and residents to our world-class waterfront for generations to come,' adding that it was delivered on time and on budget and is expected to boost tourism, jobs and economic impact.

Circulation for passenger drop-off, taxis, buses and provisioning all occur off the Embarcadero Roadway within the interior of the 13-acre pier. Ship boarding is via a new FMT glass–enclosed, automated mobile gangway able to meet ships' varied door heights.

Outside the Embarcadero front of the facility is the expansive lawn of the new 2.5-acre Cruise Terminal Plaza with more than 50 benches.

Besides serving as a gateway to the city, the terminal represents a commitment to cruising for at least another century, according to port executive director Monique Moyer. It also showcases maritime operations side-by-side with recreation, public access and environmental stewardship, she said.

The terminal was constructed using sustainable design practices in accord with Leadership in Energy & Environmental Design (LEED) standards. Features that contribute to the LEED 'Silver' rating include diverting more than 75% of construction waste materials from landfill, a roof drain system that sends rainwater to storage tanks where it is then used for flushing toilets and landscape irrigation, and plumbing fixtures that are 40% more efficient than code requirements.

San Francisco Public Works and the port were responsible for construction management of the new terminal. The contractor was Turner Construction and designers/architects were KMD Kaplan McLaughlin Diaz and Pfau Long Architecture with Bermello Ajamil & Partners as design consultant.