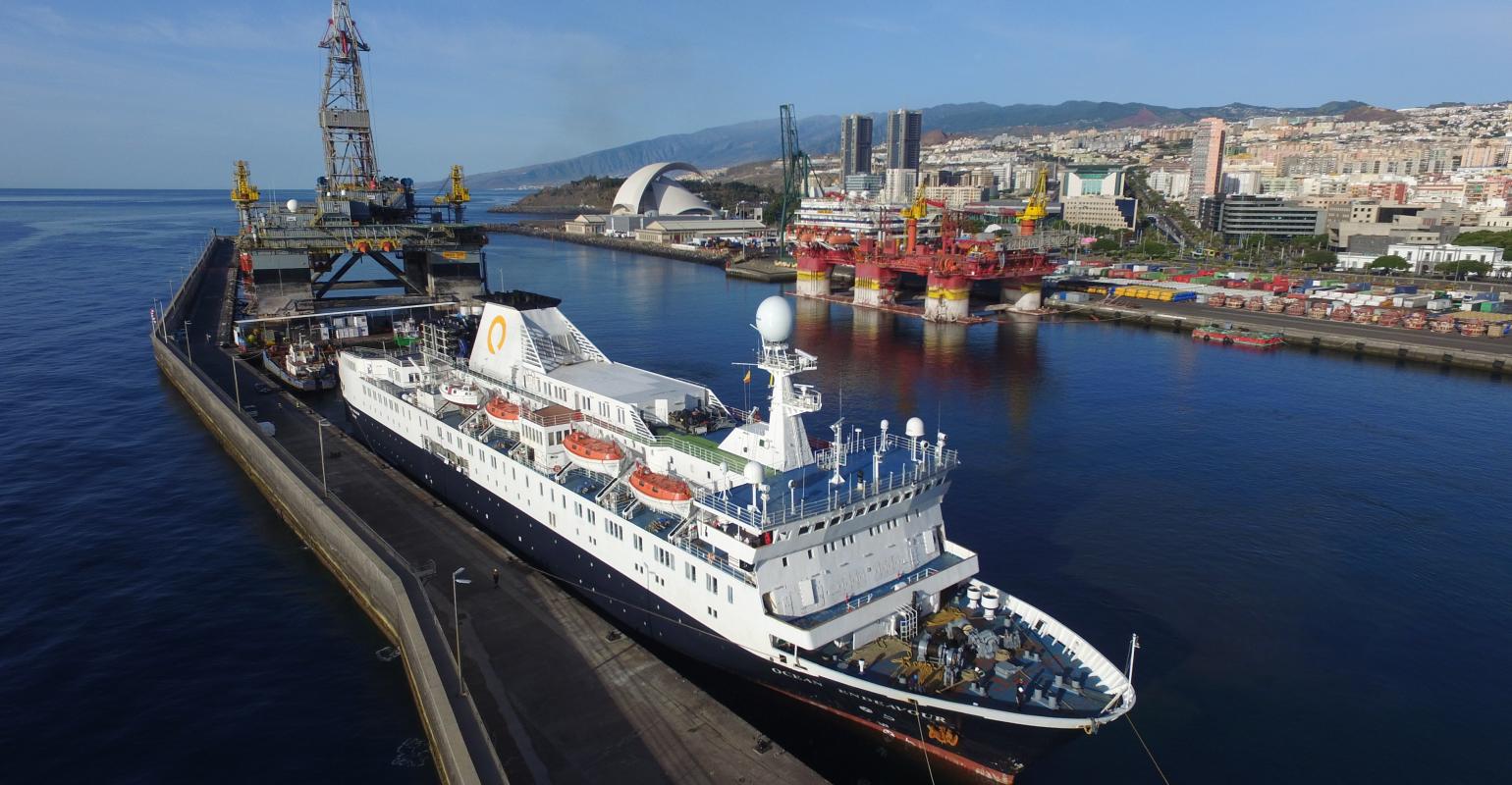 Santa Cruz de Tenerife is increasing its role as a prime port for alongside cruise ship repairs.

The Canary Island port already established itself as a centre for offshore rig repairs and now offers repairs for cruise ships like 137mtr long Ocean Endeavour(pictured).

The expedition ship is spending about one month in the port undergoing various repairs and renovation work before sailing to Saint John's in Canada before undertaking a circumnavigation of Newfoundland, followed by a foray into the St Lawrence and summer itineraries in the Arctic.

A Thomson Cruises' ship is scheduled to undertake repair work at berth in Tenerife in November 2017, informs Puertos de Tenerife and Fred Olsen Cruise Lines has used the port for general repair and painting.

More than 30 companies specialising in all types of ship repair and maintenance are located in the port of Santa Cruz de Tenerife which received 290 calls and almost 560,000 passengers last year.