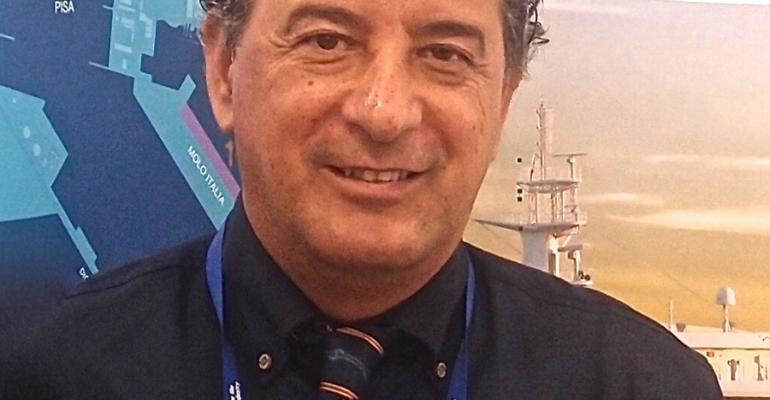 Italy-based global logistics expert Savino Del Bene is laying the groundwork in Cuba should the island open to US cruise operators.

The company has applied for a license to open an office there, a lengthy process. It already employs a Cuban representative in Havana and John Paul Brigneti, vp global logistics, cruise & marine solutions for Savino Del Bene - Miami, recently made a professional visit he described as 'a first approach' to learn about the logistics operation.

'It's a very interesting island. There's a lot of history and culture. It's fantastic,' Brigneti said. 'The Cuban people are very friendly. I felt very comfortable there.'

Brigneti said young people, especially, are well-educated and looking for opportunities to become part of the workforce in a developing economy.

'There is a lot of investment in the marine industry and cruise industry. You can see a lot of changes,' Brigneti told Seatrade Insider. He cited billboards along Havana's malecón (waterfront) outlining projects, and many countries are investing in major works.

Not the United States, yet, due to the long-standing trade embargo.

'A lot of construction is going on in the cruise terminal in Havana,' Brigneti said. Investors from Brazil, China and Panama have committed $200m to $300m to improvements there, and another project involves modernizing the nearby Customs house.

One of the biggest works is located 50 kilometers away at the port of Mariel where a $1bn project to build a modern, deep-water container port as the center of a new free-trade zone is well along. That project is largely financed by Brazil.

Some European lines have visited Cuba for years, and Canada's Cuba Cruise operates seasonal sailings that embark in Havana and Jamaica's Montego Bay. The chartered 1,200-passenger Louis Cristal calls at María la Gorda, Cienfuegos and Santiago de Cuba, and US travelers can sail through a sanctioned 'people to people' program under the 'educational activity' US general license.

Becoming familiar with Cuba is important since US-based cruise ships are going to arrive there eventually, Brigneti said. Even lines based in South Florida, just 90 miles away, will need a logistics network when that happens.

Some ships sail to the Caribbean from New York. Others will need expertise dealing with Immigration and Customs matters should they turn around in Havana. Every country has its own rules, and doing business in Cuba can be slow and complex, Brigneti said.

Currently, US-based businesses including cruise lines can't prepare for an opening because under the embargo, they can't talk with the Cuban government, which controls everything.

'As US citizens, we cannot communicate with our own representative in Havana directly. We need Italy to do that,' noted John McPartland, vp of Savino Del Bene USA in New York.

When it comes to the cruise business, Brigneti compared Cuba to Vietnam and China. There's a good market for cruises to both countries, but the logistics are challenging. 'It's one thing for people to go, and another thing to set up proper operations,' he said.

'It's not a simple task. It's a very complicated task.'

Still, dealing with challenges is Savino Del Bene's forte, he added. Finding ways to ease bottlenecks is a key element of the company's Cruise Vertical strategy.

As long as the US embargo exists, 'We don't know when ships will go there. My visit was to see where we're at. We are at a good point,' Brigneti summed up.

'Having the representative there gives us an advantage. We are taking steps so when the day comes, if it comes, we'll be ready for it.'

'We're pretty certain that day is coming,' McPartland added. 'President Obama has indicated he wants to normalize relations. The number of people in the US who want normalized relations has been growing. It's definitely going to happen.'