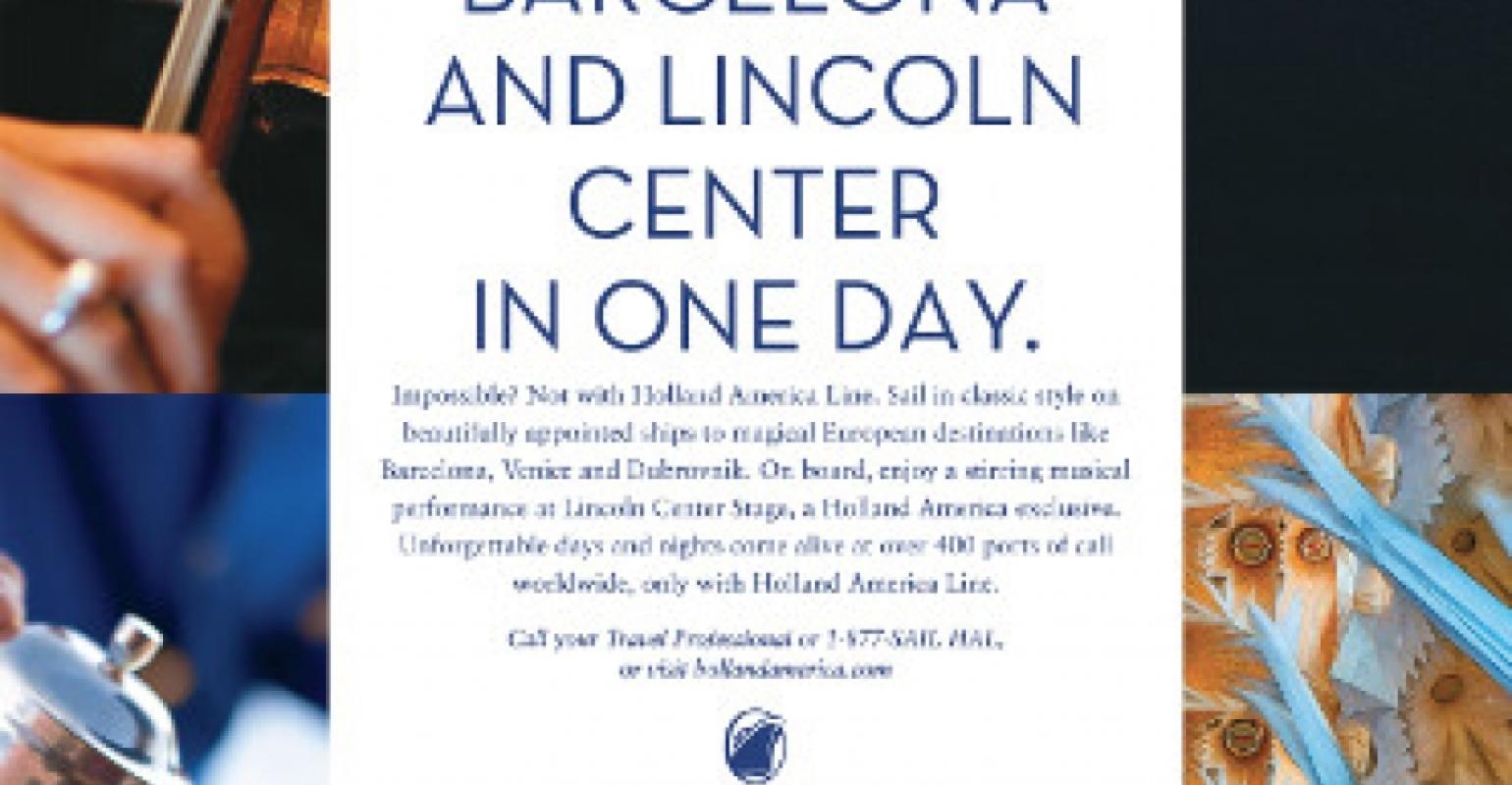 With its new 'Savor the Journey' brand campaign, Holland America Line returns to both local market and national television commercials for the first time in several years.

'Holland America Line is evolving, and we are certain that travel professionals are taking notice and will appreciate our extensive efforts to drive cruise business,' president Orlando Ashford said. 'We are committed to the agent community and all advertising directs consumers to contact a travel professional.'

The 30-second television commercial conveys the sights and sounds of a Holland America cruise, from the memorable adventures in ports around the world to the elegant on-board ambiance.

'We haven’t had a broadcast campaign to this extent in many years, so it’s exciting to see the brand taking steps to increase awareness and spread the word that if you want to see the world in the most enriching way possible, Holland America Line is the company to take you there,' Ashford said.

The new print ads encourage travelers to 'Write the Next Great Chapter in Your Life Story' and use vivid imagery to illustrate 'Mediterranean Blues and Delta Blues. On One Cruise.' Another ad shows it's possible to visit 'Barcelona and Lincoln Center in One Day' on a HAL ship.

Ashford announced the 'Savor the Journey' branding in late October when unveiling a series of product initiatives and brand partnerships.