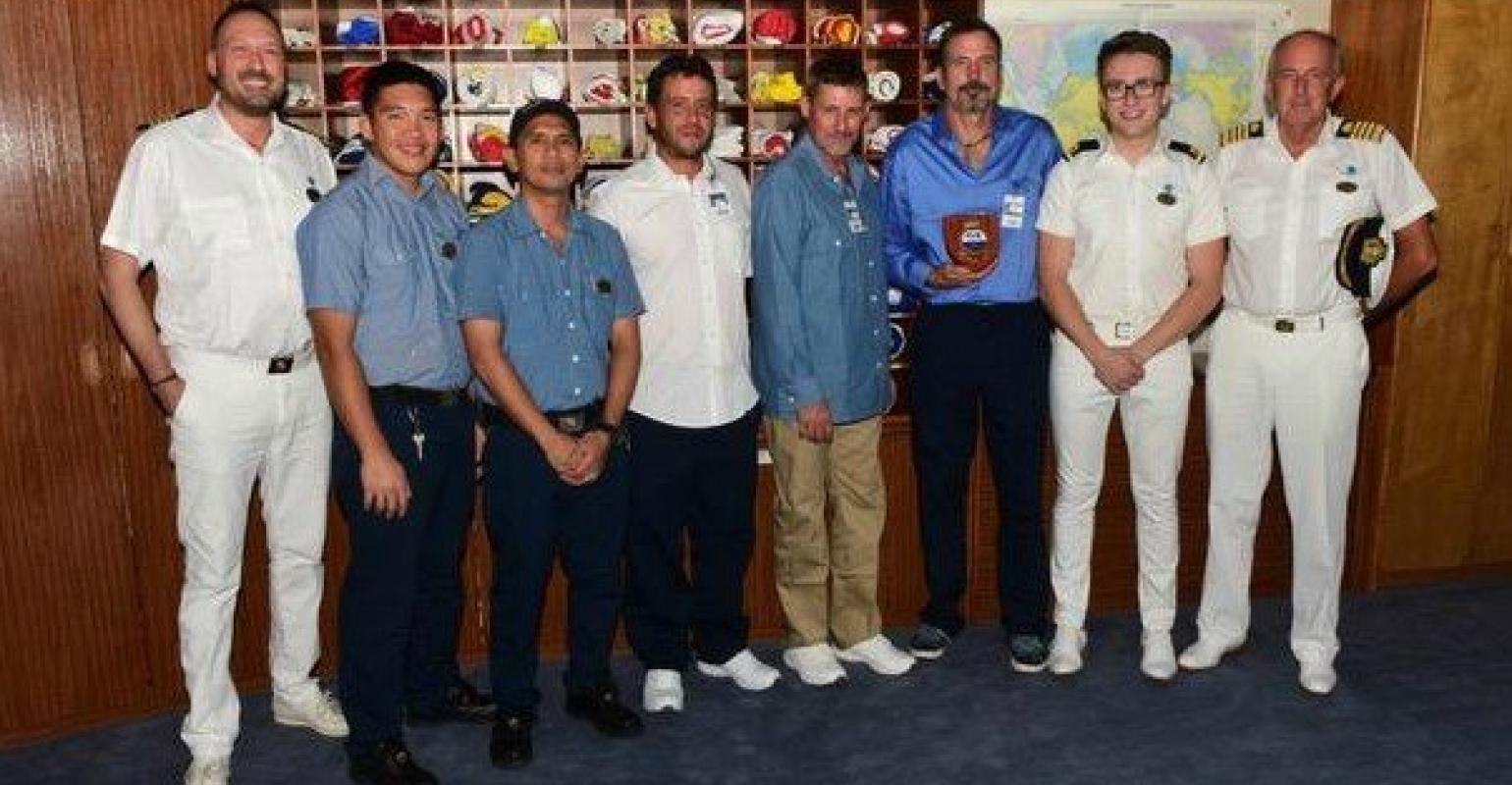 Sea Princess was asked by the Marine Rescue Coordination Centre in Curaçao to go to the rescue of the men when they were forced to take to a life raft after their boat sank.

The ship immediately turned around and sailed the 60 nautical miles to reach the stranded men. A fast rescue boat was lowered to pluck them from their life raft just before midnight.

A tanker had been standing by but had been unable to lower a rescue boat in the prevailing conditions.

‘The Sea Princess team acted in the highest maritime tradition by going to the aid of fellow sailors in peril on the sea,’ Stuart Allison, SVP Asia Pacific said.

‘Our guests on board Sea Princess have seen seamanship at its best while observing this rescue mission as it happened,’ Allison said.

He said Sea Princess’ arrival at Curaçao was delayed. It will transit the Panama Canal on Tuesday on the homeward leg to Sydney across the Pacific Ocean.

He said around 2,000 Australian passengers are on board.