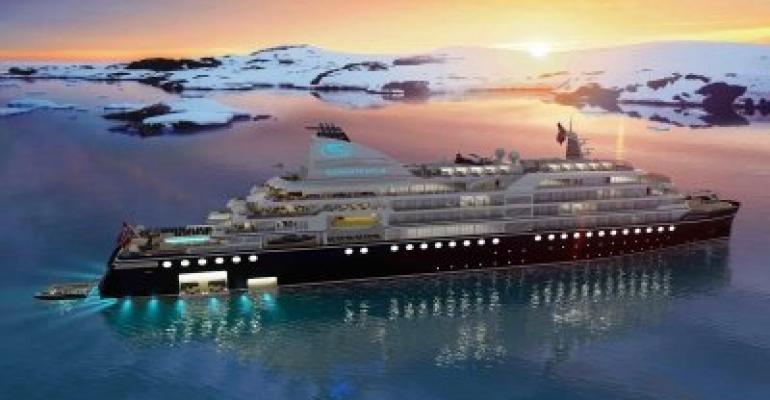 The 220-passenger, all-suite SeaDream Innovation will sail the world

SeaDream Yacht Club, a two-ship brand since its founding in 2001, is expanding with its first newbuild, a 15,600gt luxury mega-yacht that will enter service in September 2021. The order represents a cruise a breakthrough for the Damen Group.

With this, SeaDream introduces the new 'Global Yachting' tagline.

'This project has been a dream of mine for many years,' said Atle Brynestad, owner, chairman and CEO of SeaDream. 'It has been a true labor of love to meticulously design every aspect of this yacht, from the interiors and facilities to the itineraries.'

The 220-passenger, all-suite SeaDream Innovation will have a one-to-one guest to crew ratio and is planned to sail to all seven continents in its first year, visiting more than 200 ports in 49 countries. A Polar Code 6 ice-class rating will enable Arctic and Antarctic deployment.

Passengers will explore the world’s most remote destinations, including Svalbard, the Northwest Passage, Antarctica, the fjords of Norway, Japan, New Zealand, the Fiji Islands and the Great Barrier Reef.

'We were drawn to Damen Shipyards for their excellent reputation and proven track record as innovators in the shipbuilding industry,' Brynestad said. 'Damen Shipyards understood our vision from the very beginning. Both Damen and SeaDream are family-owned businesses, making Damen a perfect long-term partner for this visionary project. We are looking forward to working closely with the Damen team to bring this dream to reality.'

For his part, Andrea Trevisan, SVP sales and marketing for Damen Cruise, said: 'We feel very honoured that SeaDream has chosen Damen to deliver this special project and are looking forward to a long-term cooperation with this unique ultra-luxury brand.'

Trevisan added that Damen 'felt inspired by the company’s philosophy and by Mr. Atle Brynestad, a pioneer in the luxury cruise industry. His passion throughout the design and contractual stage of this project has been simply contagious to all of us within the Damen organization.'

The SeaDream vessel will be constructed and outfitted at Damen's Mangalia shipyard in Romania, with work to begin in October. The yard, located on the Black Sea, is the largest in the Damen portfolio and brings with it the capabilities for the group to construct larger, more complex vessels.

As earlier reported here, Damen secured a cruise order, now revealed as for SeaDream, following its amicable breakup from a previously announced partnership with T. Mariotti. That venture was going to build expedition ships for Seabourn, but those are now expected to emerge from a new partnership between Fincantieri and T. Mariotti's parent group, Genova Industrie Navali.

Expansion of the luxury yachting sector

Brynestad founded Seabourn in 1988 before going on to emphasize the yacht branding with SeaDream in 2001. More recently, the Ritz-Carlton Yacht Collection has entered the segment, with its first newbuild due to enter service in early 2020. However, unlike SeaDream, Ritz-Carlton is focused on warm-water cruising.

Sales open to past passengers