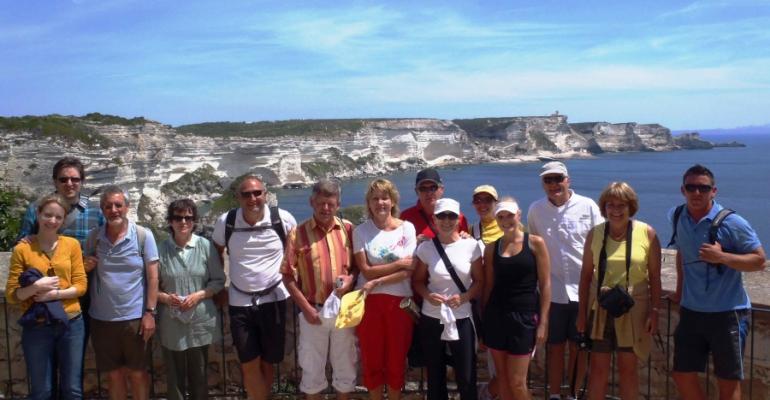 SeaDream Yacht Club reports the Mediterranean season is looking very good, despite some geopolitical issues. After deploying one of its 112-passenger mega-yachts in northern Europe last year, the line has both back in the Med this year—where its season starts May 1—and continues to tout its ability to access small harbors and ports that others can't.

The Caribbean appears promising, too, and luxury trends are up—with Cuba and a newbuild as potential boosts at some point.

'We continue to focus on small and different ports,' SeaDream president Bob Lepisto said. In the Greek Isles, for example, not every cruise goes to Mykonos and Santorini. While both are highly appealing, they can get crowded.

SeaDream 'will not permit our guests to be in a line with other passengers,' Lepisto told Seatrade Insider. 'Our guests won't stand for it. We want them to feel like they're on a private yacht.'

So arrivals are planned to avoid the big ships and SeaDream favors smaller, unusual ports like Hydra, which has no cars, and Corsica's Bonifacio, where the yachts back into a fjord-like bay at the foot of this ancient fortress town.

Lepisto is hosting the Aug. 29-Sept. 5 Istanbul-Athens cruise as a President's Voyage and will lead a hike to Hydra's mountaintop monastery. At Kusadasi, the whole yacht will go to Ephesus for an exclusive evening of champagne and hors d'oeuvres at the Celsus Library.

The Hydra hike illustrates SeaDream's penchant for complimentary, crew-led excursions. Biking outside Bonifacio, shopping with the chef in Sorrento or Saint-Tropez, walking to a waterfall near Amalfi and climbing to Anacapri with the captain are other examples.

Being small and agile also enables SeaDream to dodge geopolitical issues. Early on it took the decision to alter a 13-night Black Sea cruise in August to steer clear of Ukraine. The itinerary was split into a six-night Istanbul-Athens and a seven-night Athens-Istanbul sailing.

According to Lepisto, there's very minimal impact this year from geopolitical issues in the eastern Mediterranean. Some Athens-Istanbul cruises are fully booked, while others have some space.

There is space on a couple Croatia voyages in late August. One, a 10-day cruise from Dubrovnik to Civitavecchia (Rome), visits Kotor, Montenegro; Sarande (Butrint), Albania; three ports in Greece and five ports in Italy including half a day at Lipari, with an evening sail past the Stomboli volcano, described as 'incredibly active last year.'

SeaDream's 2014 northern Europe season did well but not as well as the Mediterranean, perhaps because of the Russia-Ukraine conflict. A number of cruises featured St. Petersburg and Lepisto surmised some travelers may have chosen to avoid Russia, for lack of geographic savvy or as a political statement.

Though northern Europe isn't in the charts in 2016 either, company owner Atle Brynestad lives in Oslo and loves to have the yachts there, Lepisto said.

The dollar's strength against the euro is making Europe more attractive to Americans this year.

'It's been so long since Americans felt wealthy when they traveled abroad,' the SeaDream president noted. 'Overall, it's helping our industry to have a good year, along with the strong economy in America.'

Moreover, he's 'very confident' the Caribbean will be popular in the coming season. SeaDream usually does well there, and Lepisto echoed the optimistic tone of other operators at the recent Cruise Shipping Miami conference.

For the coming winter, SeaDream has adjusted Caribbean deployment. Instead of putting both yachts in the US and British Virgin Islands, one will operate there and the other will focus on St. Martin and the Grenadines.

Lepisto predicted Cuba will boost the entire cruise sector when it becomes possible for US-based lines to go, and 'It's a great opportunity for us specifically.' That's because the SeaDream yachts can anchor everywhere, and the company can confidently deliver on its 'yachting, not cruising' motto in Cuba, he said. Lepisto feels hopeful that in the next two years, approval will be granted for US operators to go.

Meanwhile, the luxury cruise sector overall is doing well, fueling a building boom among competitors. Some plan ships up to seven times the capacity of each SeaDream yacht.

'It makes our little brand more unique,' in Lepisto's view. Plus, 'As others expand and spend more on marketing in general, we have a spin-off benefit in that.'

SeaDream is so small that its voice has never been very large, he added, but it benefits from extraordinary word-of-mouth—recommendations from 'highly, highly satisfied guests' and their travel agents. A recent cruise got a 9.97 rating out of 10, and the line wins awards and praise such as ForbesLife's 'The Best Small Luxury Cruise Ship of 2015.'

Lepisto credited the 'passionate crew' as making the difference. There are 95 aboard each 112-passenger yacht, enabling highly individualized service.

The gourmet cuisine gets high praise, too. While fine wines are part of every sailing, eight cruises this year and in 2016 are designated Wine Voyages with a winemaker host and special tastings and excursions.

Another trend buoying SeaDream is that as baby boomers age—most of them quite well—they celebrate milestone events. This translates into charters and 'deck buys,' where a couple may book the owner's suite and the entire deck for family and friends. For a luxury line, SeaDream's market skews young—in the low 50s.

'We appeal to baby boomers who refuse to age,' as Lepisto put it. 'You can go biking, hiking, sailing, learn tai chi.' The yachts' water sports marina provides paddle boards, water skiing, sailboats and other toys.

So SeaDream is swimming along. There comes a point, though, when more capacity is warranted.

Lepisto said company owner Brynestad has plans for a newbuild.

'I'm not announcing that today,' he stressed, 'but even if we did, it would be a two-year wait. You will in the future hear plans for a newbuild. Atle has had this vision for some time and once he feels it's right, he'll announce it.