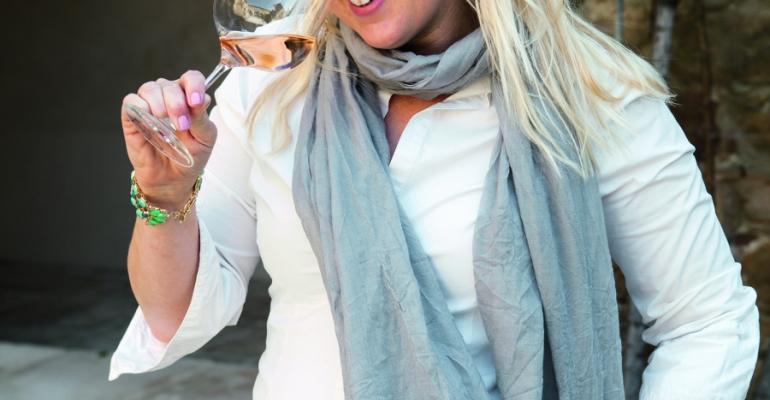 SeaDream wine director Erica Landin
SeaDream Yacht Club is adding to its wine programming—which includes wine voyages this fall and in 2015—with wine education and certification approved by the prestigious British Wine and Spirits Education Trust (WSET). Courses in two of WSET's four levels will be delivered on board by SeaDream wine director Erica Landin.

Level 1 gives a basic introduction to wine followed by food pairings, while Level 2 is a comprehensive 12-day program offered only on SeaDream's dedicated wine education voyages, starting with the 12-night San Juan to Málaga trans-Atlantic crossing in April.

SeaDream is known for incredible service and cuisine, including the first and only full raw cuisine menu at sea, noted president Bob Lepisto. The next step is a focus on wine, he said, citing Landin's appointment in January, three wine voyages this fall and nine more in 2015.

'The interest among consumers obtaining an education in wine is at an all-time high,' according to Landin, a noted wine writer from Sweden. SeaDream passengers can take the course to gain formal certification or simply enhance their knowledge for pleasure or to have greater confidence when choosing wines or ordering in restaurants or business settings.

The special April 18 wine education voyage will focus on the key grape varieties and growing regions of the world and factors that influence a wine’s style and quality. The course is suited for keen beginners and aficionados.

The cost is $1,500 in addition to the cruise fare and includes the optional exam for certification.

Passengers can look forward to 'lots and lots' of wines during the cruise. 'I think that during those 12 days, we will try a minimum of 100 wines,' Landin said. Among them will be Opus One, Krug and Lafite. She'll also bring 'a lot of cool wines that are less recognized that are quite unusual.'

Landin plans that eight days will have morning and evening 1.5-hour classes, while the balance of the cruise will be left to 'play and relax.' SeaDream chefs will present wine and food pairings, there will be master classes such as Napa and French cabernets (Opus One versus Lafite) and Champagnes (for example, a comparison of Dom Perignon and Krug). During the call at Madeira, passengers will get to visit a top winery to taste some very rare, old Madeiras, while a special guest wine expert will join the ship from Madeira to Málaga.

In 2015, SeaDream plans nine wine voyages in the Mediterranean. One, a round-trip Monte Carlo cruise in May, has a Champagne focus and will feature siblings Clovis and Vitalie Taittinger.

With its heightened wine offerings, SeaDream expects not only to please its regular clientele but to draw wine clubs or people who like to visit wineries but may never have considered a cruise. Plus, travel agents gain another selling point for their high-end clients, Lepisto said.

SeaDream was announcing its new WSET wine education certification at separate events for media and past guests at Corkbuzz wine studio in New York's Union Square on Wednesday evening.