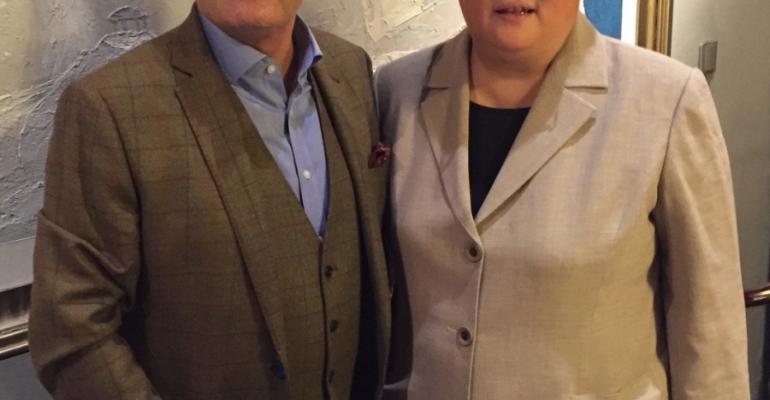 'China is the most vibrant and exciting growth area for the cruise industry,' said Andrew Williams, gm Seatrade Cruise portfolio at UBM. 'Through working with our partners, we are confident that Seatrade Cruise Asia Pacific will firmly position itself on the global cruise events calendar, especially in light of recent figures that indicate China’s source market will grow to around 4.5 million by 2020 with just under 1 million Chinese already cruising in 2015.'

Shanghai is the second most visited cruise destination in Asia with 437 cruise calls in 2015 compared to 183 the previous year, and Baoshan’s Wusongkou International Cruise Terminal, in its sixth year, will welcome 600 ship calls in 2017.

'We dream of 800 ship calls annually soon and we have a big dream of being the Miami of Asia,' said Madam Wang Hong, secretary general, CPC Baoshan district of Shanghai Municipal Committee.

Next year the terminal is adding two more berths for ships up to 220,000gt to provide four berths capable of accommodating large cruise ships.

Confidence in the region's cruise growth potential has been reinforced by recent news that China’s Shanghai Waigaoqiao Shipbuilding targets a 2022 delivery for its first 133,500gt ship under a joint venture involving the yard’s parent, China State Shipbuilding Corp., and China Investment Corp, Carnival Corp. & plc and Fincantieri. The recent signing ceremony signalled that China’s first large-scale cruise ship has advanced from the planning phase to the implementation stage.

'This cruise ship will serve Chinese travellers and be customised for the market—again, reinforcing the message that this vacation market, which is already the largest in the world, will see many more cruising opportunities realised,' Williams said. 'This is great news for shipbuilders, as well as presenting opportunities for international equipment suppliers and local manufacturers to supply China-built cruise ships.'

The 2016 Seatrade Cruise Asia Pacific Congress, Oct. 11-13, is bringing together cruise lines from across the globe, government officials and key cruise industry stakeholders for a series of innovative conference sessions focussing on China’s impact on the regional and global cruise markets now and in the future.