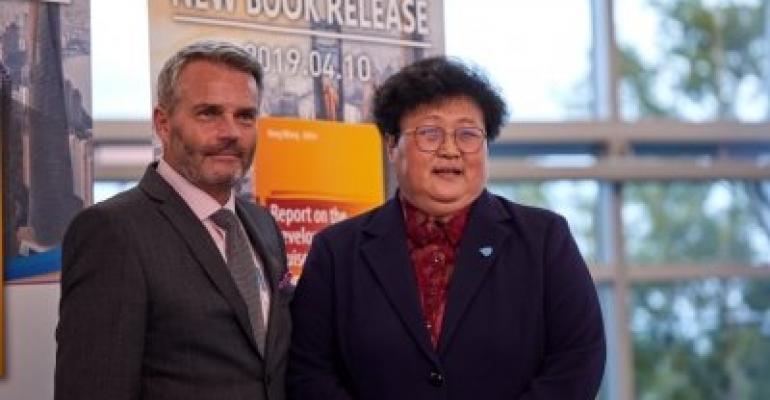 A video link was shown to the nearly 250 guests on the evening at Seatrade Awards.

'We are delighted to recognise Madam Wang Hong for her personal contribution to the growth of the cruise industry in China. Her tenacious drive, ambition and vision have been critical in supporting the growth of cruise tourism across the Asia Pacific region,' said Mary Bond, group director, Seatrade Cruise.

Young Person of the Year

Integration of Women in the Maritime Sector Award

Personality of the Year

Personality of the Year 2019 was John Platsidakis, honorary chairman of INTERCARGO, director of Angelicoussis Shipping Group and managing director of Maran Dry Management.

A total of 13 winners were announced at the event, hosted by Bob Jaques, editor, Seatrade Maritime Review, in the presence of special guest Chris Grayling MP, secretary of state for transport, and official guest of honor Dame Jane Francis, director, British Antarctic Survey.

According to tradition, the winners remained a secret until the presentation ceremony and were announced to great fanfare.