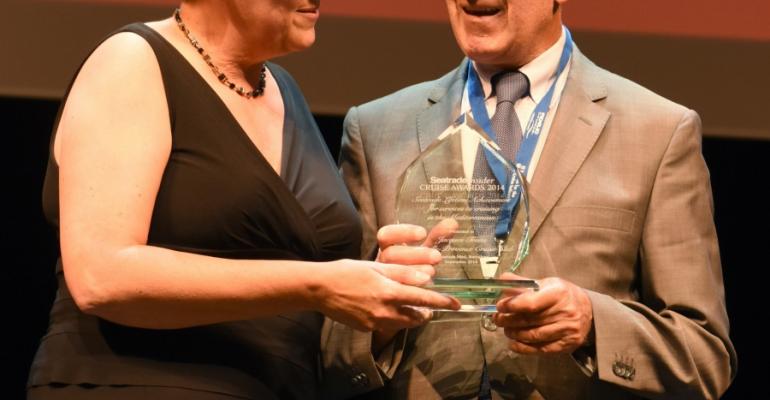 Finalists for Destination of the Year were Cruise Net Hamburg and French Atlantic Ports. Environmental Award finalists were Port of Barcelona and WR Systems Ltd. Port of the Year finalists included Istanbul Port and Port of Tallinn. Innovative Shorex finalists were Shore Excursions of America and Intercruises.

The winners were selected by a judging panel of 12 experts from across the global cruise industry.

As a pioneer he started the long and methodical process of persuading local stakeholders to come together to create the Marseille Provence Cruise Club. He then proceeded to call on all the major cruise lines, convincing them of his port’s cruise potential.

Truau has been involved in major cruise infrastructure projects at the port, from the widening of the harbor entrance to the resumption of major ship repairing in the very near future.

‘I am very surprised and honoured to receive this award,' a clearly emotional Truau told the audience, adding that 'it should be dedicated to the Marseille Provence Cruise Club team for their daily efforts in promoting cruising to our region.'

On Tuesday morning, at the opening conference session of Seatrade Med, Royal Caribbean Cruises Ltd.'s Adam Goldstein was announced as the Seatrade Mediterranean Personality of the Year, an award sponsored by V.Ships Leisure and selected by Seatrade and V.Ships Leisure from nominations received.