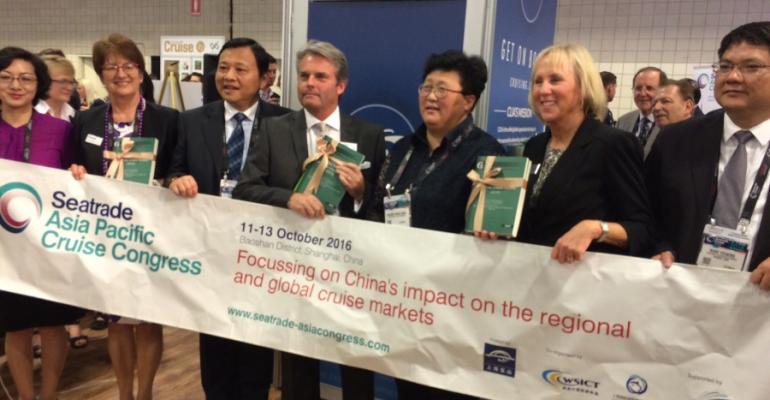 Seatrade is returning to China with the Seatrade Asia Pacific Cruise Congress, which will take place in Baoshan District, Shanghai, from October 11-13, 2016.

With 15 cruise vessels homeporting in China this year, the country is edging closer and closer to becoming the world's second largest passenger source market.

With this in mind, Seatrade Asia Pacific Cruise Congress will bring together top executives from the major cruise line brands, as well as government officials and other key cruise industry stakeholders to take part in high-level conference sessions focussing on China’s impact on the regional and global cruise markets now and in the future.

‘Seatrade has a long history of success in China, and figures for the region show progressive growth year on year, so it is an exciting time for the cruise industry. As part of that development, we are pleased to confirm that Seatrade is returning to China with the Seatrade Asia Pacific Cruise Congress this October,' said Seatrade's general manager, Andy Williams.

‘I am very happy that with the support of Seatrade, Adam Goldstein (global CLIA chairman and president & COO of Royal Caribbean Cruises Ltd) and CLIA (Cruise Lines International Association) we are able to bring the event to Shanghai. It is a strategic move and we believe in trend with more of the larger ships coming to the region, ’ said Dr. Wang.

CLIA's new president & ceo Cindy D'Aoust said, 'We are excited to partner with Seatrade and the Baoshan Authorities to deliver an informative and engaging event in China later this year.'