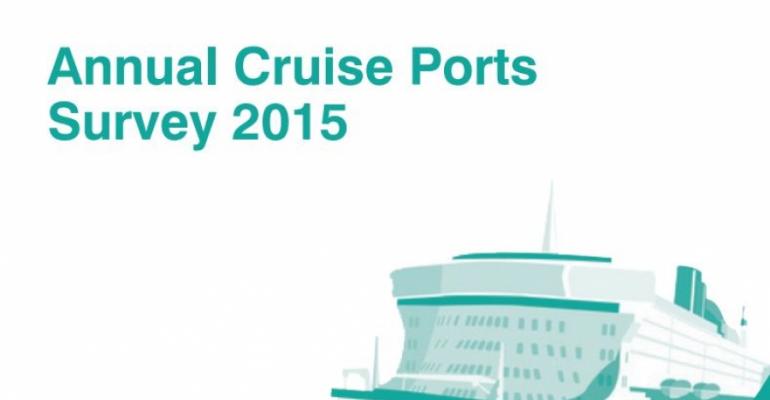 Cruise lines are putting ports under even more pressure to reduce fees and charges and many local governments are still urging the same ports to invest heavily in shore power while their own tourism departments are failing to show much support for port efforts to grow cruise business.

The ports are also concerned over cruise lines’ long-term commitment to them, sometimes even after they have spent millions on expanding and enhancing their cruise infrastructure. But, despite it all, most remain optimistic about their future in the cruise sector.

In the first Seatrade Cruise News survey of global cruise ports*, three-quarters of those responding are forecasting that their cruise traffic will increase over the next two years.

And this may well include a lot more longer calls, too, as the recent trend to extend stays in port is highlighted by more than a quarter (29%) of ports reporting that average cruise calls are becoming longer in duration.

There has always been a general belief that investment in infrastructure should boost cruise calls at a port but the fact that exactly a third of all ports no longer believe that such a financial commitment guarantees more calls underlines the dilemma that faces many port authorities and owners.

Financial pressure of another kind is also a key issue for ports, with nearly half (43%) reporting that the cruise companies have been upping their efforts to secure ever-lower charges and fees for their port stays and only one port reckoned that there had been a drop in the level of this negotiating demand.

Ports have also experienced considerable pressure from local authorities and regulators to introduce shore power for visiting ships despite emerging doubts – not least from cruise companies – about the value of that as a solution to the environmental problem created by ship emissions.

But there is some evidence that this pressure may have peaked and that there may be a spreading acceptance of the doubters’ point of view.

The emergence of LNG as an alternative fuel and much more efficient solution to unwelcome emissions may be one reason for this.

Certainly, some ports see LNG as the future with nearly a quarter (24%) of them planning to provide a LNG fuelling facility within the next three years.

Not surprisingly, given the strength of the environmental lobby in this region, the most enthusiastic response was from North European ports where LNG installations could be in place at a third of the ports by 2018.

Almost every port (97%) maintained that its local community supported cruise tourism but, despite this, less than two thirds (62%) felt that they received enough support from their local tourism departments.

And one port did comment that, although most of its local community supported cruise tourism, there was a section that didn’t 'and this is louder'.

The most encouraging statistic from this survey was the fact that just two global cruise ports responded that they might be better off concentrating on non-cruise business.