Semester at Sea to operate on chartered ex Deutschland 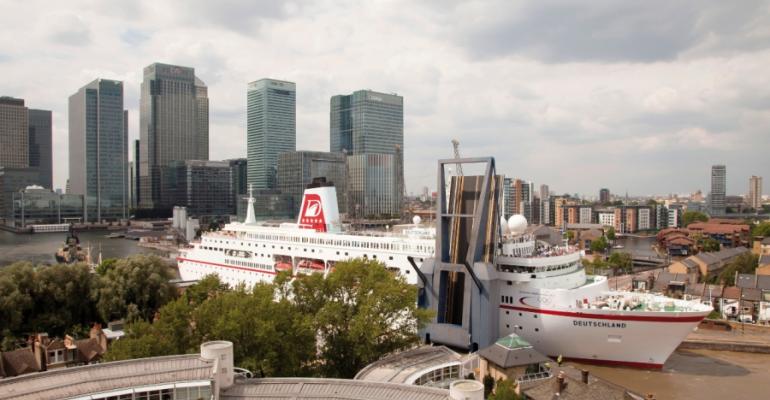 A new beginning for the former Peter Deilmann ship, to be renamed World Odyssey

The Institute for Shipboard Education (ISE) has chartered Deutschland for its Semester at Sea program. Following a routine drydock this summer, the ship is to begin sailing as World Odyssey in August.

As earlier reported, the 1998-built Deutschland, former flagship of insolvent Peter Deilmann Reederei, was sold to an unnamed US-based buyer in late March. ISE will have chartered the vessel from that buyer.

In May 2014, ISE and its European banks structured an agreement to facilitate the sale of the program’s previous ship, Explorer, at the conclusion of the spring 2015 Semester at Sea voyage. (Celestyal Cruises announced in November it would be introducing the ship as Celestyal Odyssey in the Aegean starting in June.)

ISE said this agreement allowed it to gain a release and waiver of financial obligations related to the ship. The arrangement concluded in a formal transaction completed April 30, relieving ISE of any financial burdens related to Explorer.

'In reverting to our former business model of leasing a ship and launching two semester voyages per year, ISE is on solid financial ground and in a position to prosper well into the future,' ISE cfo Larry Grant said.

World Odyssey will be the sixth floating campus in Semester at Sea's 51-year history.

ISE will continue its 20-year partnership with V. Ships, which has provided the officers and crew to manage the program’s vessel. The University of Virginia will also continue as academic sponsor, not to extend beyond May 2016. The program’s next academic sponsor will be announced shortly.

The new ship will embark on its first Semester at Sea voyage Sept. 13 in Southampton, England. The 100-day voyage will visit 13 cities in 11 countries, transit the Panama Canal and conclude in San Diego, California.

'The World Odyssey marks a new chapter for Semester at Sea—a chapter that will allow us to progress, but maintain our traditions,' T. Kenn Gaither, ISE president and ceo said. 'We will continue to provide an invaluable experience to new students, who, like our 60,000 alumni, are eager to embrace the world around them, see with new eyes, and make an impact. The World Odyssey will help us educate a new generation of global citizens.'

The ship is well equipped to facilitate a 'vibrant living-learning community in the Semester at Sea tradition,' added Michael Zoll, vp student life for ISE.

Adapted for Semester at Sea, World Odyssey’s features will include nine classrooms, each with the latest technology, and a library with built-in book stacks and computers with Internet access. A reception desk area will provide around-the-clock crew presence.

A large union (the former main lounge) with upper and lower level seating will accommodate all students, faculty, staff and lifelong learners for community sessions.

Fitness spaces include an indoor gym with large windows, free weights, machines, and cardiovascular equipment, and a spacious sun deck.

The ship has capacity for approximately 600 program participants.