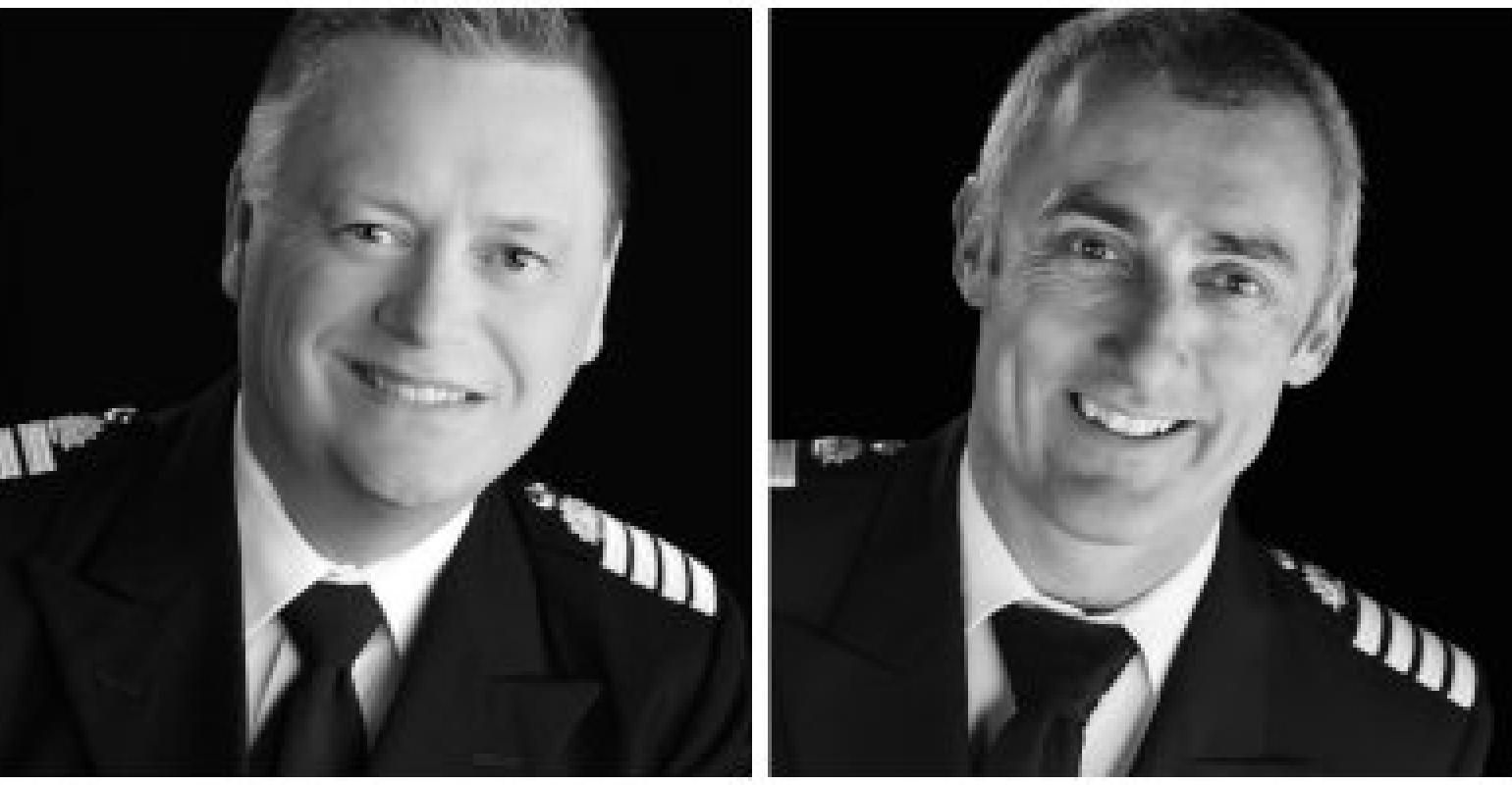 Capt. Heikki Laakkonen, left, and Capt. Michele Tuvo
Entering service in October, Sky Princess will be helmed by a seasoned master, Heikki Laakkonen, who heads a team of senior officers with a combined more than 140 years of service for Princess Cruises.

Capt. Laakkonen will command the Oct. 20 inaugural voyage in Europe and remain at the helm as the 143,700gt ship operates a series of Mediterranean cruises before crossing to the Caribbean.

Laakkonen joined Princess in 2001, and first served as captain aboard Pacific Dawn in 2013. He has since commanded Pacific Pearl, Crown Princess, Island Princess, Caribbean Princess, Coral Princess, Golden Princess and Sapphire Princess. A native of Kotka, Finland, he began his career in the Finnish navy in 1991. He graduated as a master mariner from Maritime College in Rauma, Finland, in 1991.

Chief Engineer Ratkovic has sailed with Princess since 2003. He was promoted to chief on Pacific Princess in 2014 and has since served aboard Ocean Princess, Star Princess and Sea Princess. Ratkovic lives in Zadar, Croatia.

Hotel GM Cybuliak joined Princess in 1998 as a junior assistant purser on the original Crown Princess. Progressing through the ranks, she has traveled to all seven continents with Princess. Cybuliak hails from White Rock, BC, south of Vancouver.

Hotel GM Harry signed on with the line in 1988 as a front desk receptionist and worked on the original Sky Princess in 1989. He has been part of the newbuild teams for five Princess ships. Harry was born in Farnborough, England, and now resides in Bristol.

Staff Capt. Cardile has been with Princess since 2005 and advanced through the ranks to become staff captain for Regal Princess in 2014. He has also served as staff captain on Sea Princess, Emerald Princess and Ruby Princess. Born in Messina, Sicily, he followed the family seafaring tradition and joined the merchant navy as a deck cadet. Then, after service in the Italian navy, he worked on tanker and cargo ships.

Staff Capt. Whelan started his cadetship with Princess in 2000. He advanced, and worked in the head office, before becoming staff captain. Born and raised in Galway, Ireland, Whelan's interest in cruise ships started with some early family cruises, including aboard Canberra.