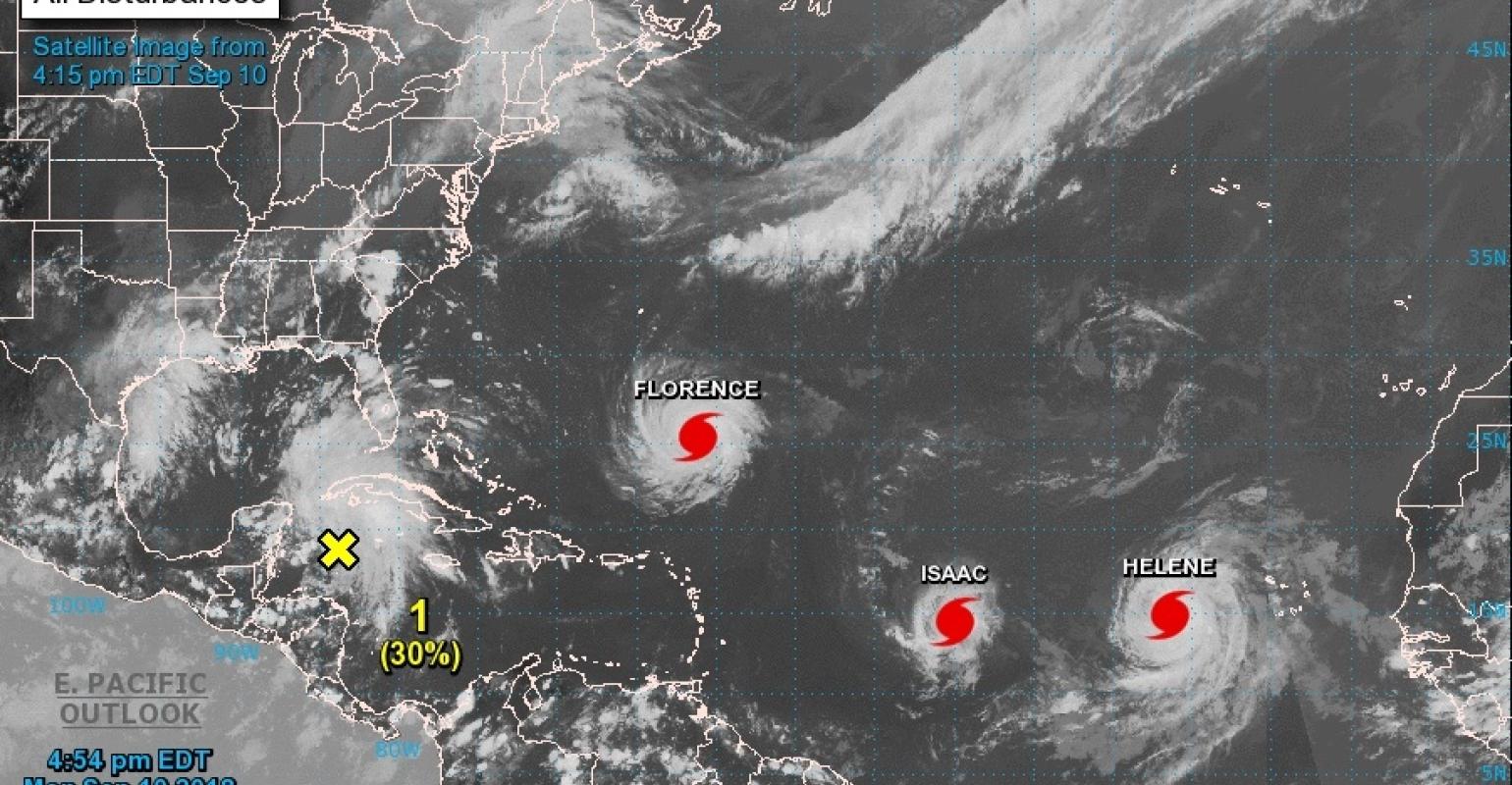 Hurricanes Florence, Isaac and Helene are being tracked in the Atlantic
Even before Florence bulked up into a potent Category 4 hurricane on Monday, with maximum sustained winds of 140 mph/220 km/h, several cruise ship itineraries were adjusted to avoid large swells affecting Bermuda and portions of the US East Coast.

The National Hurricane Center in Miami says a life-threatening storm surge is likely along portions of the coastlines of South Carolina, North Carolina and Virginia, and interests from South Carolina to the mid-Atlantic states are on alert for damaging winds and exceptionally heavy rainfall and flooding.

On Monday the US Coast Guard set Port Condition Whiskey for the ports of South Carolina, including Charleston, and for Virginia and Maryland, including the ports of Norfolk and Baltimore. This means sustained winds of 39 mph are possible within 72 hours.

Grandeur of the Seas

Royal Caribbean's Grandeur of the Seas cruise that sailed from Baltimore Sept. 8 will spend Tuesday in Nassau, and Wednesday and Thursday  in Port Canaveral, before returning to Baltimore Sept. 16. The Sept. 13 cruise will be delayed until Sept. 16, with a new itinerary to be announced.

The Baltimore-based Carnival Pride switched its Sept. 9 cruise from Bermuda to the eastern Caribbean, with a stop at Grand Turk on Sept. 12, Half Moon Cay on Sept. 13 and Freeport on Sept. 14. Following a sea day, the ship is due back in Baltimore Sept. 16, as scheduled.

The New York-based Carnival Horizon visited Amber Cove (Dominican Republic) on Sunday instead of Monday, dropping Sunday's scheduled call at San Juan. The ship is now en route back to New York for a Sept. 13 on-schedule arrival. Carnival Horizon is sailing an eight-day cruise that embarked in New York Sept. 5.

In addition, to avoid a tropical depression that has grown into Hurricane Isaac—whose forecast currently sees the storm moving across the Lesser Antilles and into the Eastern Caribbean on Thursday—Carnival Vista’s eight-day itinerary was reversed. For the Sept. 8 cruise that embarked in Miami, the ship is calling at St. Maarten, St. Kitts, San Juan and Amber Cove before returning to Miami on Sept. 16.

The US Coast Guard set Port Condition Whiskey at 8 p.m. Monday for ports in Puerto Rico and the US Virgin Islands.