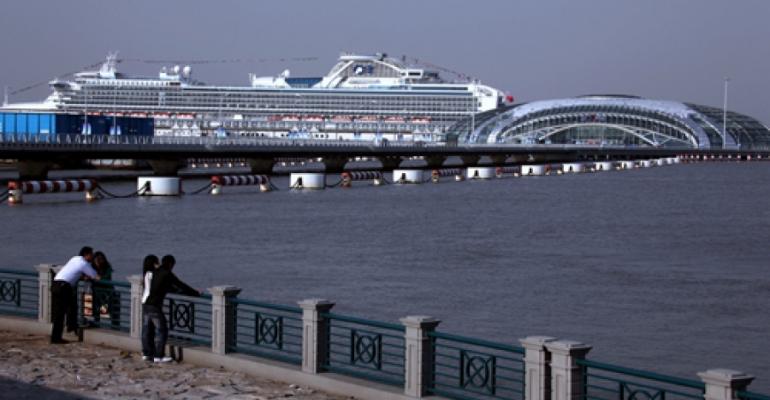 Cruise ships calling at Shanghai Wusongkou International Cruise Terminal will be able to plug in to shoreside power by the end of the year, as the Shanghai government aims to reduce harmful air emissions from ships at berth.

Some of the incentives proposed include subsidising of construction fees, setting minimum usage requirements for ships plugging to the electricity, subsidising the power costs for users and ensuring affordable costs in accordance to international oil prices.

'According to a survey by the local authorities, international shipping at Shanghai port, especially those at berth, is the main contributor to harmful air emissions, accounting for 90% of the emissions,' a statement from SHDRC said.

'The use of shoreside power is expected to reduce emissions of NOx by 99%, while particulate matter emissions would only be at 3%-17% compared to the use of auxiliary engines,' the statement said.

The burning of high-sulphur bunker fuel by ships while at berth contributes to smog in the heavily populated city.

The Yangshan Guandong Terminal and Wusongkou Cruise Terminal have started construction works on the shoreside facilities.

SHDRC did not state how many cruise ships using the terminals are equipped for shore power.