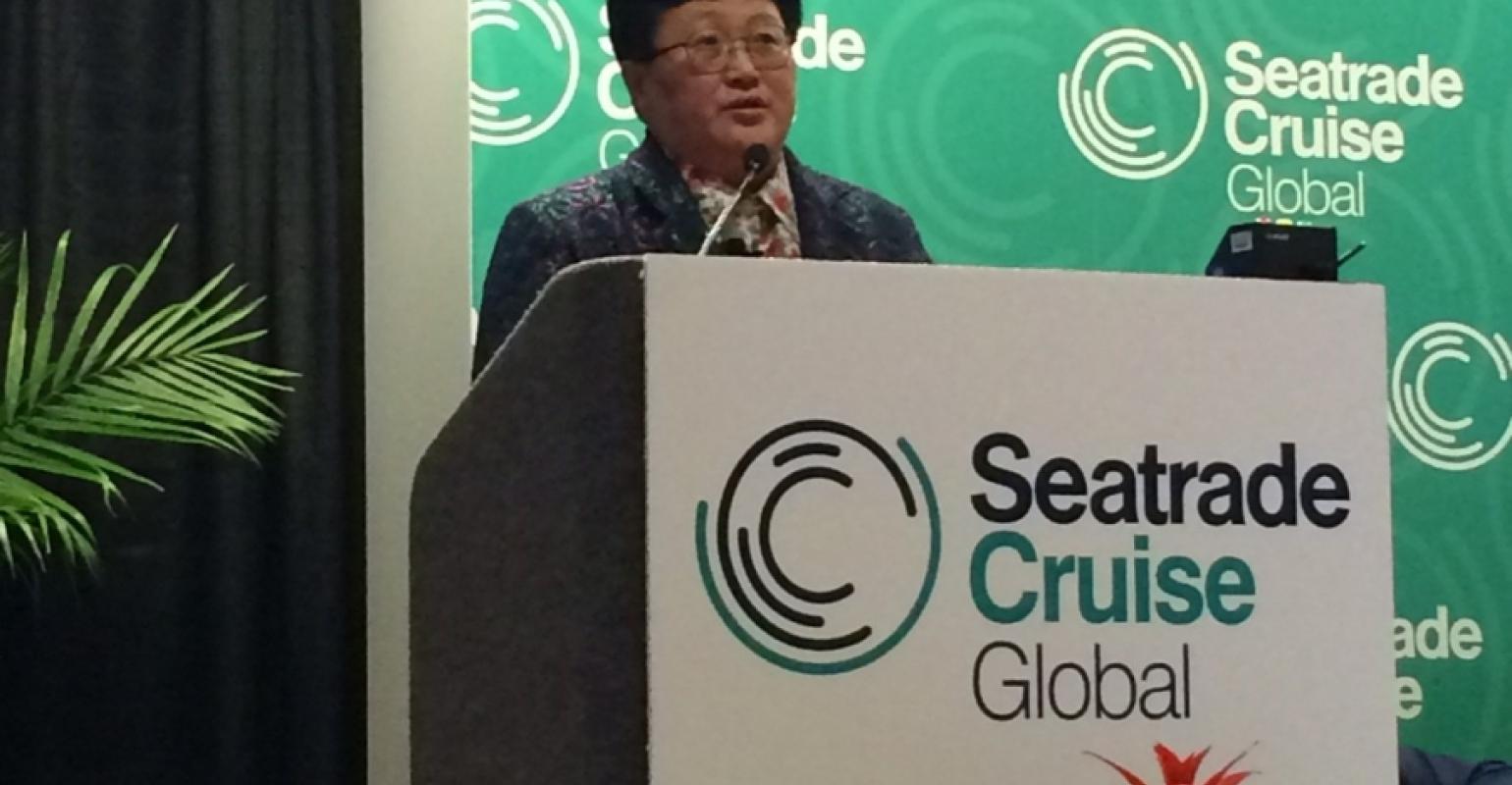 The governement official from China announced the figures in her opening remarks at the Global Ports & Terminal panel at Seatrade Cruise Global yesterday in Ft Lauderdale.

Other sources suggest the number of cruise passengers passing through Shanghai is likely to be around 1.3m to 1.7m this year, but compared to 2015’s 300 calls and almost 800,000 cruise guests, whatever the final outcome, the rise in traffic in 2016 is huge.

‘Spurred by rising demand and more ship deployments and learning from existing terminals in Singapore, Hong Kong and Miami we are aiming to be the biggest and best cruise facilitiy in Asia providing high service levels,  good supply chain network and ship maintenance and repair close to the terminal,’ offered Madame Wang.

Opened in 2011, Shanghai Wusongkou International Cruise Terminal, is expanding its facilities as new customers are home basing there. Joining Costa and Royal Caribbean will be NCL and MSC and to cater to this demand a second phase of development to be ready by 2017 will enable the port to handle 1,000 ship visits a year and up to 5m passengers, she said. This number is equal to 10% of annual outbound tourists from Shanghai.