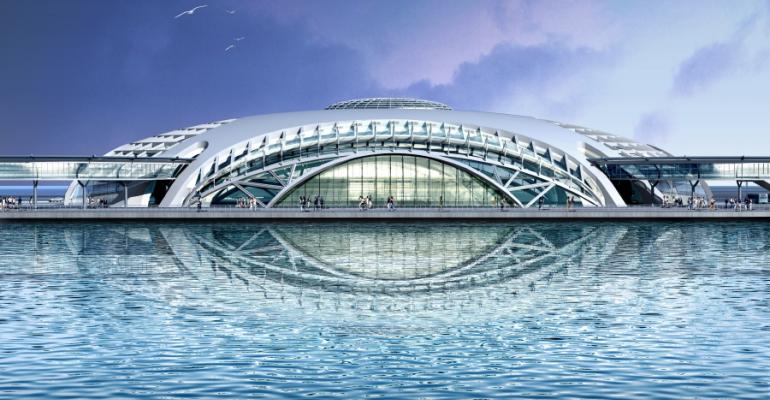 China’s Wusongkou International Cruise Terminal is looking at strong growth in cruise calls and passenger numbers in the next couple of years, on the back of a booming North Asia cruise market and port expansion project.

The cruise terminal at Baoshan district in Shanghai has been welcoming a fast-increasing number of cruise ships since it opened in 2011, putting a strain on current capacity and infrastructure.

Wang Younong, managing director of Wusongkou International Cruise Terminal, recalled that in 2015, the terminal received 278 calls, all bar six were homeport operations, accounting for 44.2% of China’s market and representing a 28.7% year-on-year increase.

‘According to cruise line bookings, Wusongkou terminal is expecting 492 calls and around 2.84m passengers this year – a potential huge increase compared to 2015 figures,’ Wang told Seatrade Cruise News in an exclusive interview.

‘There is a common view that China’s slower economic growth would curtail overseas travel by Chinese nationals. But going on a cruise is still a relatively new way of travelling for many, and this has helped the country’s cruise market witness continuous growth,’ Wang explained.

‘The projected growth is a testament in the confidence that international cruise lines have in the Chinese market. While we are confident of catering to the demand, we anticipate huge pressures on our operations,’ he said.

In anticipation of more ships, Wusongkou embarked on a final phase of expansion works in June 2015 to construct two new berths capable of handling ships of up to 220,000gt, as well as a new passenger hall and walkway.

The fast pace of growth at the cruise terminal also led to the Shanghai government’s drive to install generators for cruise ships to run on electric power while at berth rather than burn diesel. The first high-voltage electric generator will undergo a trial run in September at Wusongkou terminal.

On a broader noted, Wang said service levels in China is an area badly in need of improvement if the country is to become a globally recognised cruise powerhouse.

‘In addition, the Chinese cruise industry chain is still relatively one-sided without much ancillary support such as finance, insurance, travel services, ship logistics and maintenance, etc, and these need to be built up to create a more holistic and extensive cruise market,’ he observed.

Wang also hoped that cruise ships will see the emergence of a more flavourful Chinese cultural element onboard as opposed to the commonly-seen Western style and designs, thus allowing more foreign tourists to understand China and its people.

In Baoshan district, host venue for Seatrade Asia Pacific Cruise Congress taking place between October 11-13, 2016, all hopes are pinned on Wusongkou International Cruise Terminal to carve a name on the global stage as an outstanding cruise port, Wang said.

The development of Baoshan’s Riverside area hinges on the growth of Wusongkou’s cruise business, as the plans strive to achieve for Shanghai what he termed as a modern cityscape of, ‘Disneyland to the East, DreamWorks' DreamCentre to the South, Hongqiao Bridge to the West and Cruise City to the North’! he quipped.