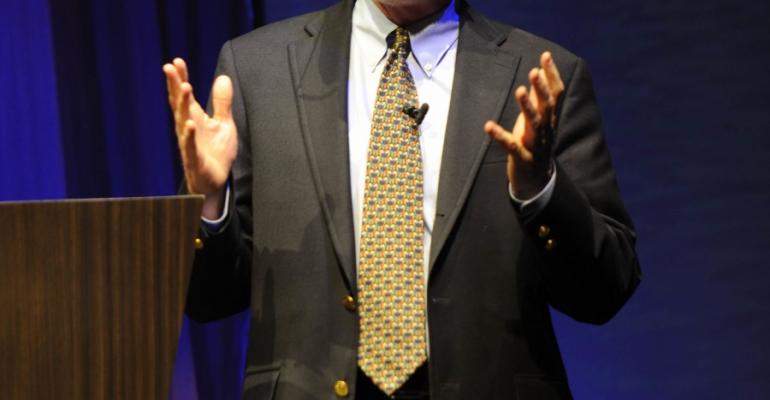 Though Norwegian Cruise Line's board approved a three-year $500m share buyback program, analysts noted the company lacks the liquidity to act immediately and said bigger overhangs for the stock are the 60-day lock-ups and investor concerns that Genting Hong Kong may sell its entire 27.7% stake in NCLH this year.

Genting HK shareholders last week approved the company's proposal to sell its remaining NCLH stock, and UBS Investment Research said Apollo could be thinking of reducing its stake as the two have sold down together in transactions since Norwegian's IPO.

Sheehan said Genting understands the business model and the earnings growth that's coming for Norwegian, 'no different from the private equity guys who are seeing that the stock price is not where they would like it to be and are, I suspect, taking a wait and see attitude on selling their shares.'

Based on what he termed the 'eye contact' at Tuesday morning's board meeting, 'these guys are not going to be running for the doors. They're not happy with the share price. They are willing to wait,' Sheehan said. He surmised Apollo and TPG Viking expect the stock has 'a long way to run.'

As for the lock-ups, typical in the private equity world, Sheehan noted analysts' concerns that the 60-day period is too short and may hold back the stock.

Acknowledging the liquidity point, Sheehan said the buyback authorization enables Norwegian to opportunistically buy shares when the stock is weak. And in the future there may be some 'marriage' with the locks when Genting and the private equity holders are selling.

'We're going to do what these shareholders would want us to do and we're going to be smart about it,' he said.