In shift from marketing on price, Cunard hones in on events 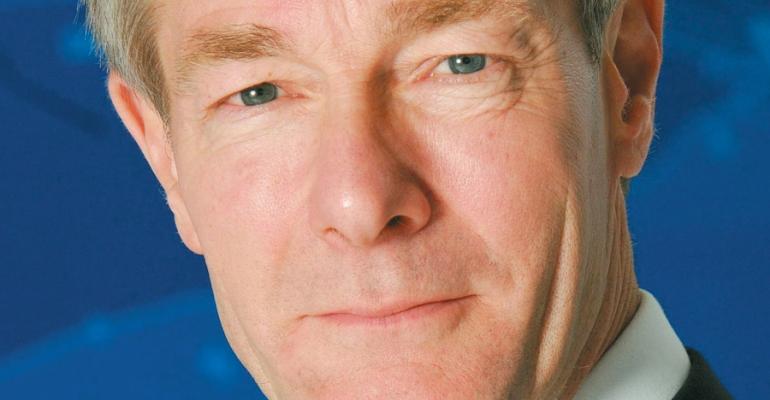 Dingle - over the next two years, agents have extraordinary reasons for recommending Cunard

'We have been spending far too much time lately marketing on price, not on brand. That has already changed,' Cunard Line CEO David Dingle said in an interview focused on the North American market, which he wants to build. 'We have such a wonderful brand proposition.' Over the coming weeks and through the next year, a bevy of events will continue attention on Queen Mary 2's 10th birthday, then the 100th anniversary of Lusitania's sinking and Cunard's 175th anniversary.

What Dingle expects will be huge media coverage should fuel stateside interest in the quintessential British brand. This follows a management restructure to give focus to the US market and revamped deployment to appeal to Americans.

Until late 2012, Princess Cruises functions were supporting Cunard in North America but there was no single figure responsible for the brand—and nothing else—until Stan Birge was made VP North America. He heads commercial operations, customer service, marketing and public relations, working with a small, dedicated Santa Clarita, Calif.-based team and the company’s leadership group in Southampton headquarters.

Birge reports to Carnival UK's international development director, David Rousham, who also oversees Germany, Australia and Asia. Rousham makes sure Birge gets the resources he needs. Princess still supports back of house functions like finance and systems, and the joint sales team carries Cunard as well.

'It's begun to get rather successful,' Dingle said.

Within Carnival, Cunard was brought home to the UK awhile back but it got overly UK-centric from a deployment standpoint. Americans weren't traveling in droves to Southampton to embark for a Mediterranean cruise. For 2014, Queen Elizabeth has an increased presence in the Mediterranean. From June to December, the ship will sail from Civitavecchia (Rome), Piraeus (Athens) and Venice on a variety of seven-night itineraries that can be paired with hotel stays at either end or combined. The Mediterranean move is drawing more Americans.

'We should be having more North Americans,' he added. The UK currently commands about a 50% share of business, while North America's is just 25% to 30%. Dingle wants to see at least a third since North Americans are generally willing to pay more.

Meanwhile, Queen Mary 2 will concentrate on the trans-Atlantic run, 'the absolute heart and soul of what Cunard is all about,' in his words. And Queen Victoria will be based in Southampton throughout the summer for cruises to the Atlantic Isles, Norway, the Baltic, Mediterranean and Black Sea.

The festivities are about to begin after all three vessels wrap their world voyages.

On May 9 they rendezvous in Southampton to mark Queen Mary 2's 10th anniversary with a morning salute, reception, royal visit, fireworks and sail-out convoy as the liner embarks on the first of two 'birthday crossings.' The fanfare in New York Harbor on May 16 includes an afternoon reception for media and travel agents followed by an evening event aboard the Bateaux harbor cruiser as QM2 sails out past the Statue of Liberty.

The three ships will meet again in Southampton, on May 3 at the close of their world cruises, and then on May 25 in Liverpool, Cunard's 'spiritual home.' Before, on May 7, Queen Victoria will call at Cobh, Ireland, to commemorate the 100th anniversary of the sinking of Cunard’s Lusitania.

The events continue with Queen Mary 2 echoing Cunard's first Atlantic crossing, by Britannia in July 1840. Dingle said the ultimate from an American point of view will be the July 4 departure from Liverpool, 175 years to the day Britannia began its journey, sailing via Halifax and Boston to New York. This will also be the first time since 1968 that a Cunard ship has departed from Liverpool for America.

'That is a voyage to die for—very, very special,' Dingle enthused. And throughout the year, there will be 'wonderful events' where ships are in port together plus the Lusitania tribute.

'The point is that over the next two years, US travel agents have some extraordinary reasons for recommending Cunard to their upscale guests,’ he said.

'These are unmissable moments.'