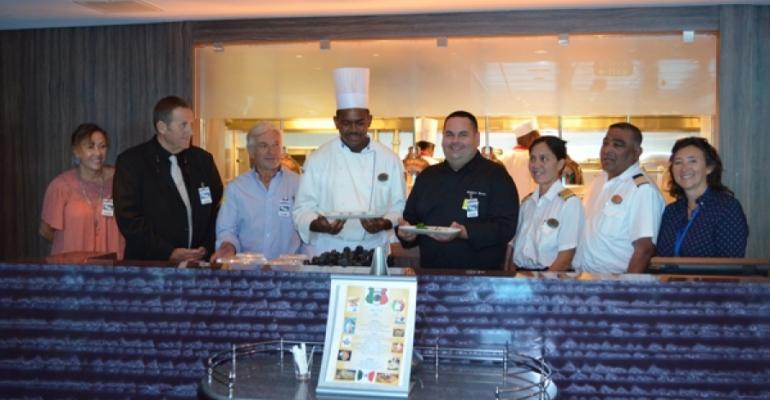 The event was organized by the French Riviera Cruise Club in collaboration with Royal Caribbean, the restaurant Mayssa and the agency So Between.

Vision of the Seas chef Paul Fong worked with Mayssa chef Stéphane Barbet on the menu for the convivial lunch hosted by the cruise ship's captain, Lis Lauritzen.

Around the table were several officials from the French Riviera Cruise Club and Villefranche, along with ship's officers.

Villefranche-sur-Mer is one of the founding members of the French Riviera Cruise Club. Royal Caribbean ships call regularly at this region that's internationally known for gastronomy.