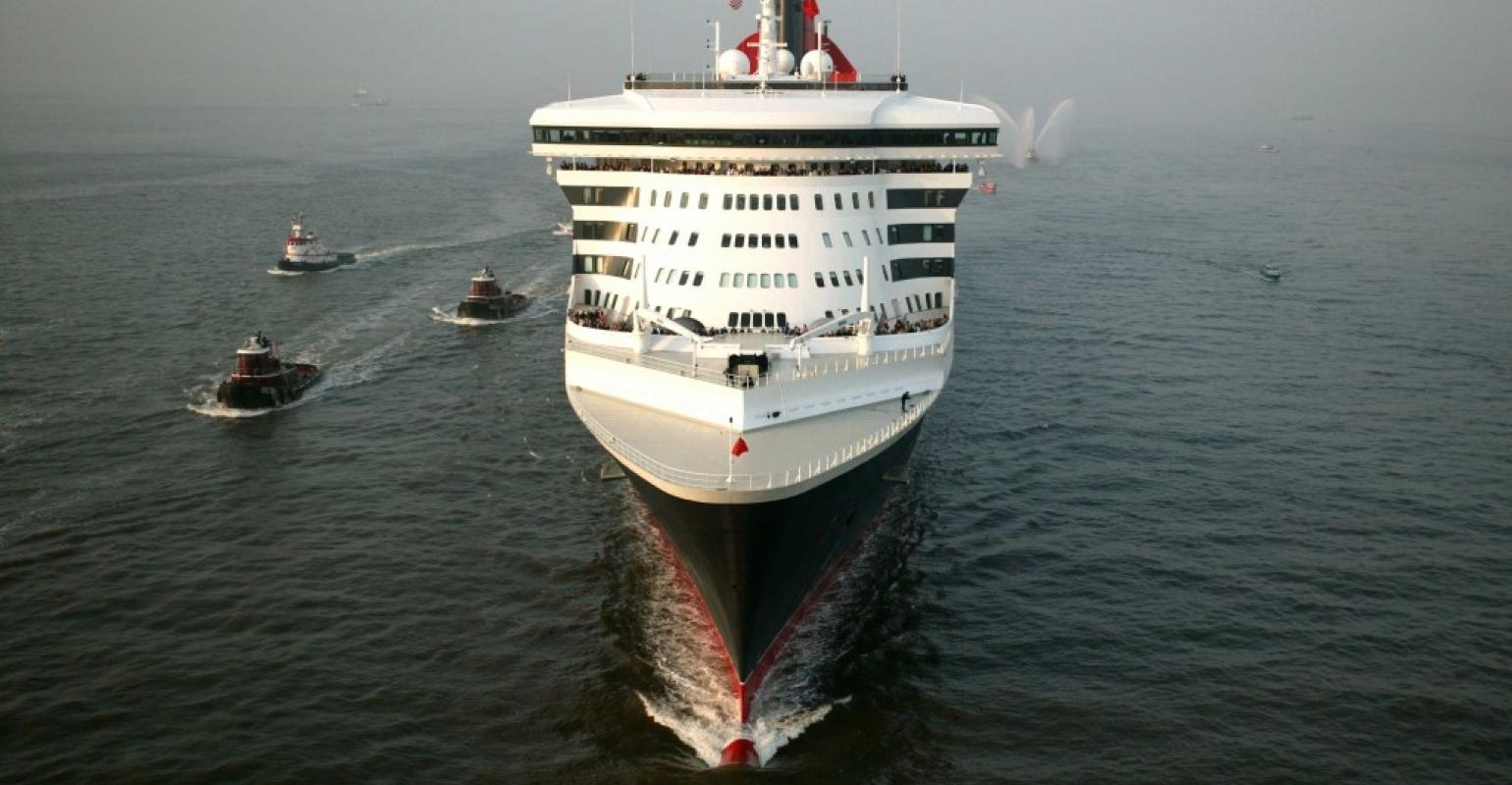 Queen Mary 2 - scheduled to hook up to Brooklyn shore power on Nov. 12
It's been a long time coming, but shore power is now available at the Brooklyn Cruise Terminal.

Enabling ships to hook up while alongside will eliminate 1,500 tons of carbon dioxide, 95 tons of nitrous oxide and 6.5 tons of particulate matter annually. according to the New York City Economic Development Corp.

The next scheduled connection to the system is Queen Mary 2's Nov. 12 call.

The health benefits associated with improved air quality will generate approximately $99m in cumulative savings over 15 years, said NYCEDC, which took over management of shore power at the terminal from the Port Authority of New York & New Jersey in September.

'I am proud to see us taking this step, an important example of federal [Environmental Protection Agency] dollars at work. This advancement will mean Brooklyn families and children can breathe a little easier,' Congresswoman Nydia Velázquez said.

The Brooklyn Cruise Terminal is the second cruise terminal on the Eastern Seaboard to have shore power capability, following that at the Port of Halifax, Nova Scotia.