Signature experts tell ‘Where to go in 2020’ 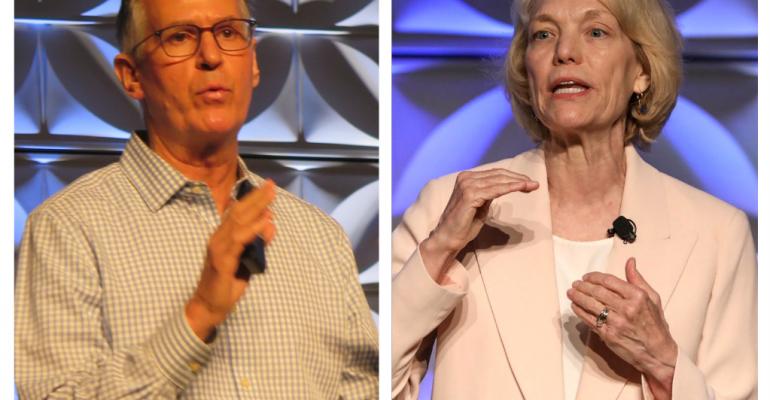 Signature Travel Network's Ignacio Maza and Jean Newman Glock list their travel picks for 2020. All are accessible by cruise ship
Namibia, Slovenia, Jordan, Scotland and Kaikoura, New Zealand, are among the far-flung places deserving a visit or revisit in 2020, according to Signature Travel Network’s globetrotting experts.

Istanbul is back, and Morocco and Brazil’s Salvador de Bahia made Signature’s list of unique and authentic places to experience. So did Hokkaido, Japan, and cities as diverse as Detroit and St. Petersburg.

All, even Detroit, are accessible by cruise ship.

‘The cruise ships are returning to Istanbul. You should, too,’ said Jean Newman Glock, managing director of communications & public affairs for Signature. While the Grand Bazaar has experienced overtourism since the Middle Ages, she quipped, the Spice Market affords a culinary adventure without the crowds.

Newman Glock also suggests visitors go behind the scenes with a curator at the Turkish Modern Museum. Don’t miss Hagia Sophia and the Blue Mosque, she said, ‘but a private visit to the Dolmabahçe Palace will amaze you.’

The Kiwi capital of sea adventures

On the other side of the world, Kaikoura has recovered from the November 2016 earthquake that rocked the South Island of New Zealand, according to Signature EVP and luxury travel expert Ignacio Maza. As the Kiwi capital of sea adventures, Kaikoura beckons for swims with seals and dusky dolphins, whale-watching and incredible seafood. Travelers can visit a sheep station by helicopter and stay in a luxury treehouse at Hapuku Lodge.

Newman Glock has been to Jordan 26 times. ‘Petra is only the beginning,’ she said of the attraction that overshadows everywhere else for most first-time travelers. The newly inaugurated Jordan Trail is a ‘must’ for the adventurous, and visitors can go glamping in Wadi Rum, soak in the Dead Sea and sleep in a Bedouin camp.

Salvador de Bahia is ‘where Africa meets Brazil,’ Maza said. Rich in slave heritage and culture, it has 500 years of historic architecture in the Pelourinho district and is the birthplace of samba. And Brazil no longer requires visas (for citizens of the US, Canada, Japan and Australia).

St. Petersburg, a star of Baltic cruises and riverboat itineraries, continues to impress. Set to reopen in 2020, magnificent Alexander Palace was the last home of Tsar Nicholas II. Newman Glock also singled out the Fabergé Museum at the neovated Shuvalov Palace and the glorious Hermitage Storage Rooms outside St. Petersburg.

Meanwhile, in Morocco, she said, go beyond the cities, for the Atlas Mountains and the Sahara, swim at Atlantic and Mediterranean beaches, and soak up the striking indigo blues.

Lesser known Slovenia is ‘green, clean, friendly, affordable and easily accessible’; Maza recommended a visit ‘before the rest of the world catches on.' (Koper is the cruise port, with Trieste not far and Venice a two-hour drive away.) Adventures include hiking the Julian Alps, kayaking Lake Bled, rafting and exploring the Postojna caves. A castle stay costs half what it would in Tuscany.

And Maza considers Hokkaido Island Japan’s best-kept secret (though some expedition and big ships are catching on). It is home to half a dozen national parks, the country’s freshest seafood and some of its best hot springs. Visit in winter and catch the famous Sapporo Snow Festival with its incredible ice sculptures.

Detroit, a destination for Great Lakes cruises, is experiencing a renaissance. The home of Motown, techno music and world-class art at the Institute of the Arts, the city also offers innovative dining, a revitalized waterfront and Belle Isle, larger than New York’s Central Park.