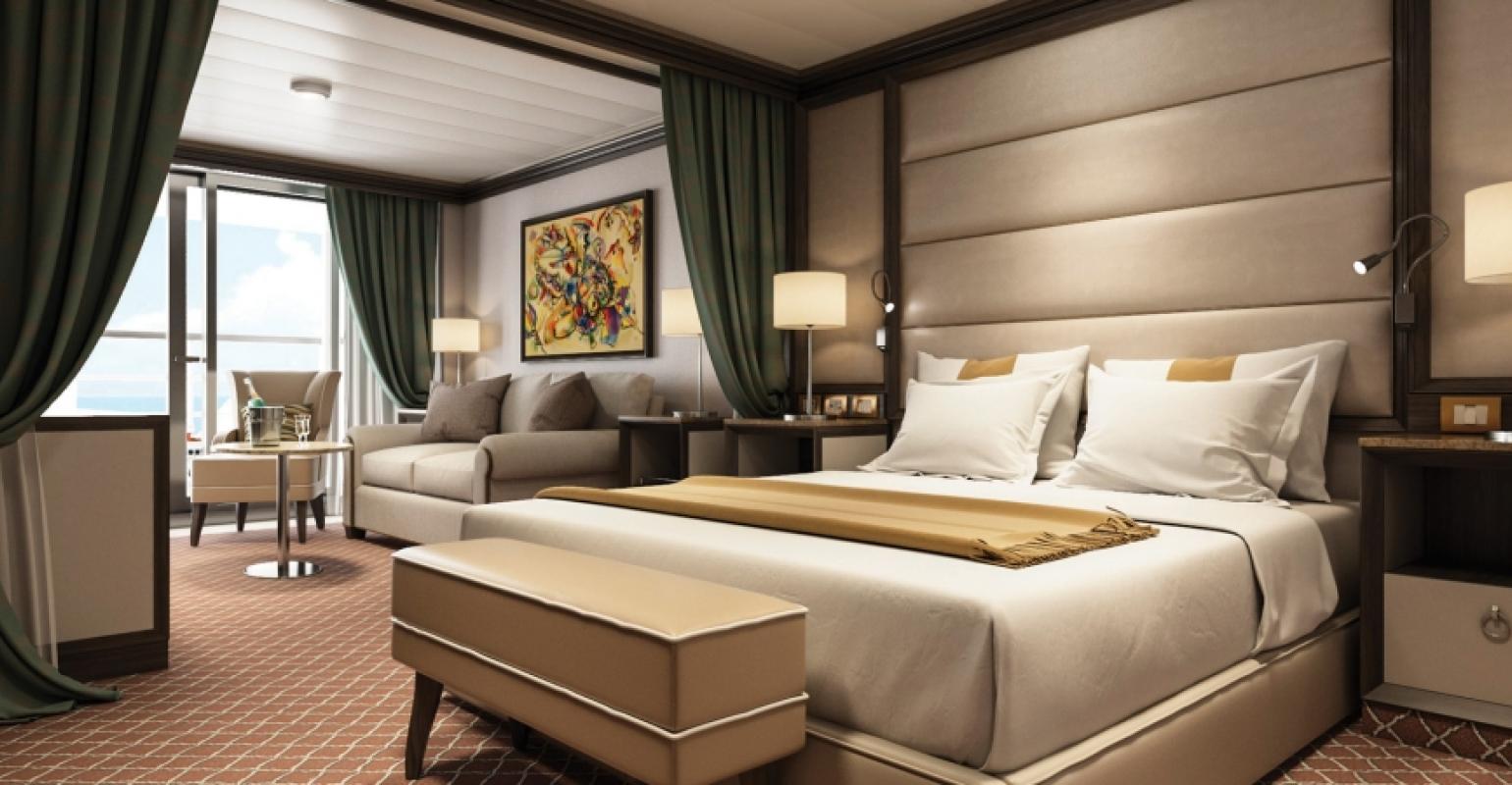 Silver Muse has 8 restaurants, more large suites and its own website

Contemporary suites dressed in earth tones and eight restaurants including three outdoor venues are among the newly announced features of Silver Muse. Due to begin sailing in spring 2017, the ship Silversea Cruises is tagging as 'simply divine' now has its own website with details and updates.

Silver Muse will offer the highest number of large suites—Silver, Royal, Grand and Owner's—in the fleet, and the greatest number of connecting suites for families and friends. Renderings and virtual tours at Silvermuse.info show accommodations from the Classic Veranda Suite, with 387 square feet/36 square meters of living space, up to the two-bedroom Owner's Suite, at 1,389 square feet/129 square meters.

When it comes to dining, Atlantide is an elegant, new European-style restaurant that will feature seafood, fish and steaks. There will be a Relais & Châteaux restaurant, the outdoor Hot Rocks venue where diners grill their own fresh seafood and prime cuts on heated, volcanic-rock plates at their table, and La Terrazza, a Slow Food-inspired à-la-carte restaurant.

While Hot Rocks has stone cooking by night, by day it becomes a rotisserie and gourmet salad and burger bar.

La Terrazza, meanwhile, will have interactive food stations, including an olive oil cellar, mozzarella bar, seafood station and a salumeria, an Italian-style deli. The restaurant is also open for buffet-style breakfast and lunch.

Regina Margherita will be a fun, new poolside pizzeria. It's named for Italy's 19th-century queen consort for whom the Margherita-style pizza was invented. The spot will offer an extensive selection of pizzas baked in a custom-built traditional oven. It will be open from morning to late evening for casual and family dining.

Further news about Silver Muse, starting with inaugural season itineraries, is to be announced soon at Silvermuse.info. Reservations will open in the coming days.

The 40,700gt ship will accommodate 596 travelers. It is under construction at Fincantieri's Sestri Ponente yard.