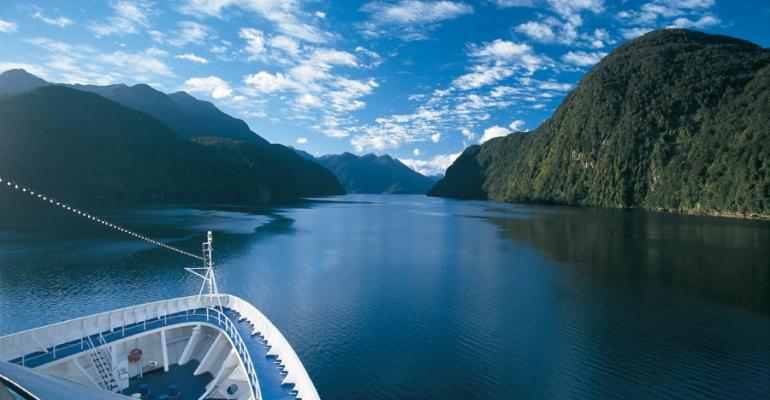 Silversea Cruises' eight ships will visit 845 destinations, including 107 new ports—among them, Aldabra, a raised coral atoll that's a UNESCO World Heritage Site, during 2016. The sailings are now open for booking.

Other highlights include a 115-day world cruise from Fort Lauderdale to Venice, visiting 51 destinations in 31 countries.

The voyage will set a westward course through the Panama Canal to South America and the Pacific to places like Easter Island, Pitcairn Island, Tahiti and Bora Bora before ports in New Zealand, Australia and Asia, including Hong Kong, Singapore, Bali, Phuket and Myanmar. The cruise continues to India, Arabia and the Mediterranean before concluding with two nights in Venice.

South Africa's east coast will be featured on a trio of 10-day Silver Cloud voyages with round-trip departures from Cape Town in February. The sailings call at Port Elizabeth, Durban, East London, Maputo and Richards Bay, an overnight stay.

From April to November, four ships will offer more than 80 itineraries in the Mediterranean, northern Europe and the Baltic.

After a few years' absence, Silver Whisper returns to the North Cape with a 14-day round-trip sailing from Copenhagen on June 17.

A Silver Spirit voyage from Barcelona to Rome will overnight in Cannes on May 25 during the famous film festival, and in Monte Carlo on May 28 during the Grand Prix.

Silver Wind will sail the Thames River to dock near (or depart from) Tower Bridge in the heart of historic London on six voyages.

And Alaska is in the charts from May through September as Silver Shadow returns for 17 week-long voyages between Seward and Vancouver.

In addition to the world cruise, Myanmar will be a multi-day stop on three Silver Shadow voyages.

Silver Explorer's schedule retains its expedition cruises to Antarctica, South and Central America, the British Isles, northern Canada, Greenland and Arctic Norway. New itineraries include a 12-day expedition to the White Sea sailing round-trip from Tromsø on June 11 and an 18-day journey focused on Greenland and the Canadian Arctic, sailing round-trip from Kangerlussuaq on Aug. 22.

Silver Discoverer's six expeditions along Australia's Kimberley Coast from March to May highlight a program that encompasses Africa, New Zealand, Indonesia, Melanesia, Micronesia, the Russian Far East and remote areas of Alaska. On the schedule is a new 15-day, Phuket-to-Male sailing departing Dec. 2 to explore Myanmar, India, Sri Lanka and the Maldives.

Plus, on Dec. 17, the ship departs Male on a new 17-day expedition to the Seychelles, Maldives, Mozambique and Tanzania. Highlighting this voyage is the inaugural visit to Aldabra.