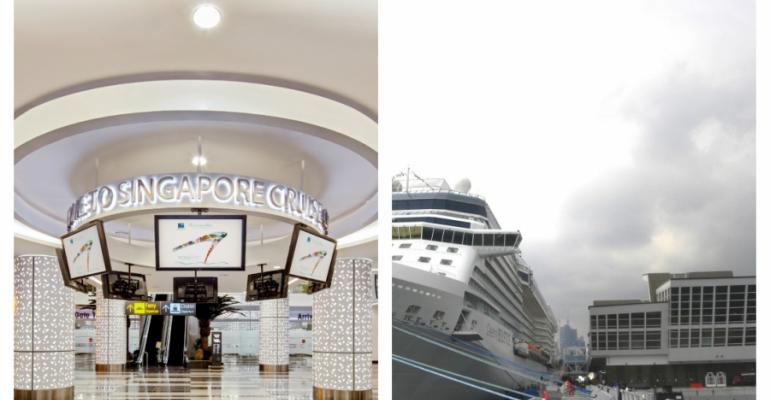 Whilst a bid by the newer SATS-Cruers run Marina Bay Cruise Centre Singapore to take over the established and pioneering Singapore Cruise Centre, fell through a couple of months back, SCC ceo Christina Siaw said it is business as usual.

‘We remain committed to maintaining best-in-class practices that have won us multiple accolades and enabled us to run a profitable operation over the past 20 years. We operate in an industry where the long-term potential remains bright as cruise tourism in Asia is forecast to expand on the back of growing affluence. Our parent, Temasek Holdings, continues to support our growth strategy,’ she told Seatrade Insider.

Recently appointed ceo of SATS-Creuers Cruise Services, Bob Chi, told Seatrade, ‘SATS and Temasek (the vendor) have mutually agreed not to proceed with the transaction in view of recent market developments in Asia, which involve the deployment of larger ships by cruise lines to take advantage of the growing key source markets in this region, especially from China, India and Indonesia.’

In the financial year ended March 31, 2014 MBCCS handled close to 110 ship calls and 416,000 passengers. Chi added that SCCS will continue to work with industry stakeholders to promote Singapore as a homeport.

To gear up for the coming cruise season, MBCC is working at overcoming some passenger and baggage handling issues. It is adding a new passenger boarding bridge in Berth 1 to facilitate a quicker and smoother embarkation and disembarkation process, an enhanced baggage handling system and up to 20 more check-in counters, and a wider arrival lobby which can accommodate more passengers and facilitate faster movements for instance to the coach bay, visitor centre and taxi stand.

Singapore’s cruise passenger throughput passed the 1 million mark last year, according to the Singapore Tourism Board.

More transit calls and homeporting operations are booked for 2014 and 2015 including Sapphire Princess which will homeport from November 2014 to March 2015, two sailings by Royal Caribbean International’s Quantum of the Seas in June 2015 and TUI Cruises will homeport Mein Schiff 1 in Singapore for first time from November 2015 to March 2016 and MSC Cruises’ MSC orchestra will overnight in Singapore for the first time in 2015 during her way through to Australia.