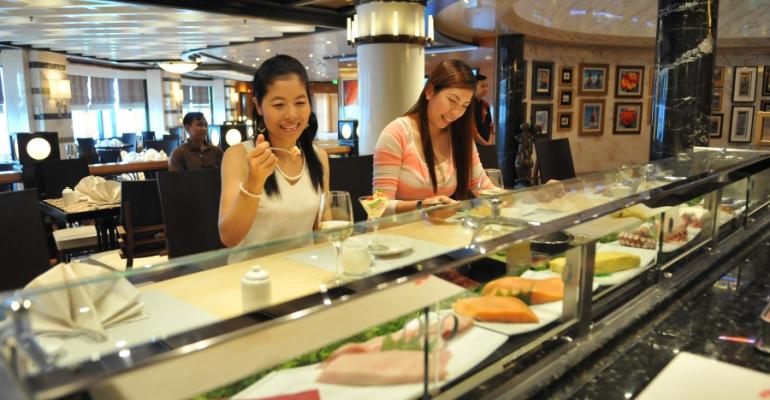 This multimillion-dollar collaboration includes a series of marketing campaigns promoting Princess sailings not just in Asia, but also further afield in Australia, the UK and the US. The Asian countries earmarked are China, Hong Kong, Indonesia, Japan, Malaysia, South Korea and Taiwan.

With a low penetration of cruising in Asia—estimated at less than 0.1% compared to 3.3% in the US—there is a huge potential for cruise companies to grow in the region by developing new passenger source markets.

President Jan Swartz said Princess Cruises is proud to partner with Changi Airport Group and Singapore Tourism Board. 'We are confident that this collaboration will complement our expansion efforts in Asia and we look forward to developing the regional cruise market through continued investment in our people and resources,' she said.

Changi Airport has connections to 270 cities worldwide and some 6,600 weekly flights, giving Singapore a strategic advantage to tap fly-cruise traffic from across the globe and serve as a cruise hub for Asia.

Since 2012, Changi Airport Group and Singapore Tourism Board have been partnering with cruise lines on initiatives to anchor more ships within Singapore’s waters. In September that year, the two groups supported Costa Cruises on a multimillion-dollar collaboration to deploy more ships and to market within Asia Pacific. In the first year of the initiative, Costa received support to intensify marketing efforts to Asians and recorded 5,000 Asian cruisers flying through Changi Airport and spending time in Singapore before and after their cruises.

In tandem, Changi Airport Group has been actively collaborating with airlines and travel agents on marketing campaigns to promote fly-cruise packages in markets such as China and India.

As a champion for the Singapore cruise industry, Singapore Tourism Board is also committed to helping cruise stakeholders succeed. For example, market research indicated that many Asians have low awareness but high receptivity toward cruising. Given that the majority of cruise bookings are made through travel agents, a training programme for agents across Southeast Asia was launched in 2013, led by the Asia Cruise Association and facilitated by STB.

The on-going training is steadily building a pool of cruise specialists, thus making Southeast Asia even more attractive to cruise companies. In particular, fly-cruise is a key topic of discussion during the training. This ties in with the united objective with Changi Airport Group.

'We are excited that Princess Cruises has come on board, and look forward to more cruise lines joining us in tapping on the immense potential of cruising in Southeast Asia,' said Neeta Lachmandas, assistant chief executive, business development group, Singapore Tourism Board.