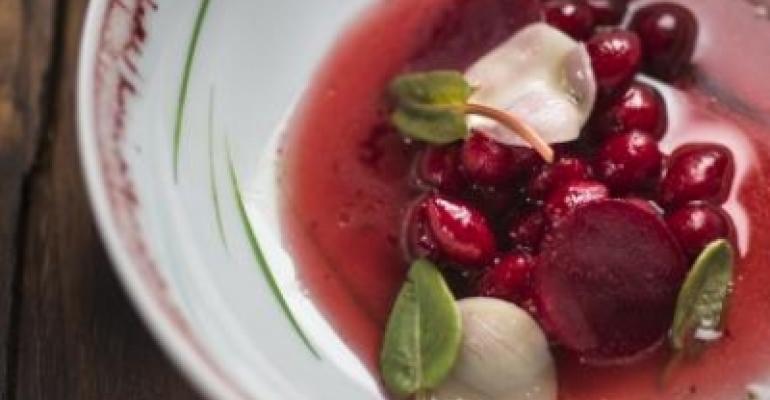 Chef Renaut is owner and executive chef of the Flocons de Sel restaurant, located in the French Alps village of Megève.

Flocons de Sel was awarded a third Michelin star in 2012, having earned its first in 2004 and a second in 2006. Before establishing the restaurant in 1998, Renaut worked in restaurants including Claridge’s, Hotel de Crillon and Auberge de l’Eridan.

La Mer will offer casual, French bistro-style dining with a modern twist inspired by the flavours and feeling of the French Alps and contrasts from the ocean.

The specialty restaurant will be located in the Sky Princess atrium. The restaurant first debuted onboard Majestic Princess in 2017 while the ship was based in China.

'It’s been an honor to collaborate with chef Renaut again to develop a fresh and new menu for La Mer on Sky Princess and showcase his authentically crafted French dishes for the first time to our North American guests,' said Rai Caluori, evp of guest experience and product development at Princess Cruises.

‘The new La Mer dishes I’ve designed for Sky Princess are inspired to satisfy every palate by bringing retro French classics and blending favorite ingredients with fresh and unique touches to make each dish memorable,’ said the chef.

A $35 per person cover charge

La Mer will carry a cover charge of $35 per person. This specialty restaurant will also debut onboard the cruise line’s next new ship, Enchanted Princess, in summer 2020.

The 143,700gt 3,660-guest Sky Princess is the fourth Royal-class ship for Princess Cruises.

Sky Princess is scheduled to launch in the Mediterranean in October 2019, before debuting in North America in December 2019, marked with a naming ceremony before sailing a season of Caribbean from Ft Lauderdale.