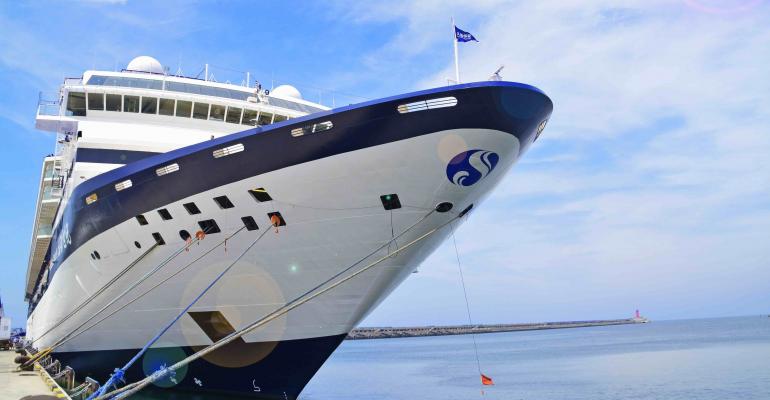 On every SkySea Golden Era voyage from May 27, past passengers will get a 10% discount if they book via the cruise line’s call center or website
SkySea Golden Era's last cruise will depart Shanghai on Aug. 29, visiting Fukuoka, Japan, before returning to Shanghai on Sept. 2.

On every voyage from May 27 SkySea Cruise Line will treat passengers to a ‘Golden Memories’ champagne reception, special farewell dessert made by the ship’s executive chef, a commemorative gift and a coupon book with offers for on-board purchases. Past passengers will get a 10% discount on the cruise ticket if they book via the line’s call center or website.

By the final cruise, the ship will have carried nearly 500,000 passengers on close to 300 sailings from the homeports of Shanghai, Xiamen, Shenzhen, Qingdao and Zhoushan to more than 30 destinations in Japan, Korea, the Philippines and Vietnam.

Final season festivities will begin when Golden Era repositions back to Shanghai to resume four- and five-night Japan getaways from May 27 through the final voyage.

SkySea has lined up themes and entertainment including the very popular third annual SkySea Voice competition, and every cruise will feature interactive performances of [email protected]. Forums covering health and wellness, acting, sports and wine tasting will be offered, as well as performances by the most popular entertainers who have taken the stage on board for the past three years.

The SkySea Voice finale will be held on the Aug. 25 cruise when all the winners from 2018 sailings will gather to perform and Golden Era's captain will crown this year’s SkySea Voice champion and present a cash prize.

'We will have a legacy of being remembered as a major contributor to the increased awareness and growing consumer demand for cruising in the China market as well as helping evolve the way cruises are marketed and sold,' said Ken Muskat, CEO of SkySea Cruise Line. The brand is known for its dining, theme cruises and its leading role in the MICE business.

'We have introduced cruising to hundreds of thousands of consumers who have never cruised before and they walked away with incredible satisfaction which is now helping build repeat business,' Muskat said. 'We look forward to continuing to provide the service and experience that makes SkySea special for the balance of our sailings and encourage those who haven’t sailed with SkySea to take advantage of this opportunity.'