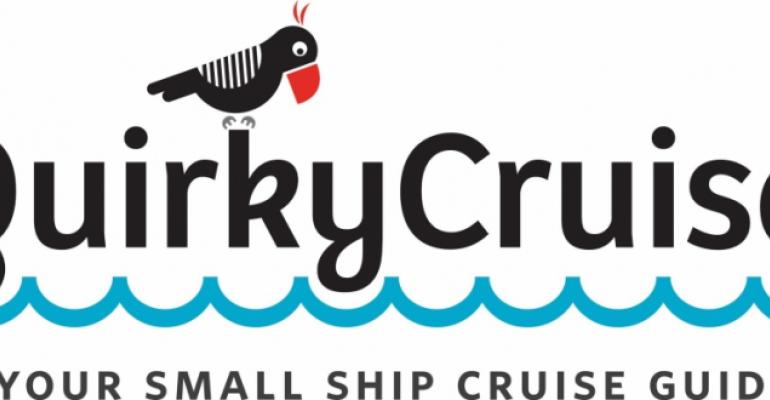 For years, travel writers Heidi Sarna and Ted Scull have cruised and explored the world, from the Arctic to Antarctica, across oceans and lakes, and along canals and rivers.

They've journeyed on more than 400 cruises aboard ships of all types, including the world’s biggest and most luxurious, but their true love is small ships—those often quirky vessels that take a few hundred or just a few dozen passengers on adventures both far-flung and close to home.

Their site explains the cruise industry tends to define small ships as those with capacities up to about 800 passengers, mid-size ships to roughly 1,800 and the large on up to over 6,000, not including an additional 2,000 more as crew.

QuirkyCruise.com caps the passenger count at 300, 'with a few exceptional exceptions, and the majority will be half that number.'

Manhattan-based Ted Scull has spent more than five years aboard ships of all kinds, and has translated his experiences into four editions of '100 Best Cruise Vacations,' three book-length accounts of his journeys, hundreds of newspaper, magazine and website articles, and television interviews. He's a sought-after expert lecturer at sea and on land.

Heidi Sarna, who makes her home in Singapore, is a professional traveler with 20 years of writing credits including a decade’s worth of annual Frommer’s Cruise Guides and Frommers.com cruise articles, plus many hundreds of stories in magazines, newspapers and websites ranging from Condé Nast Traveler and USA Today to CNN.com, Expat Living and Travel Weekly. She also has contributed to Seatrade Cruise Review.