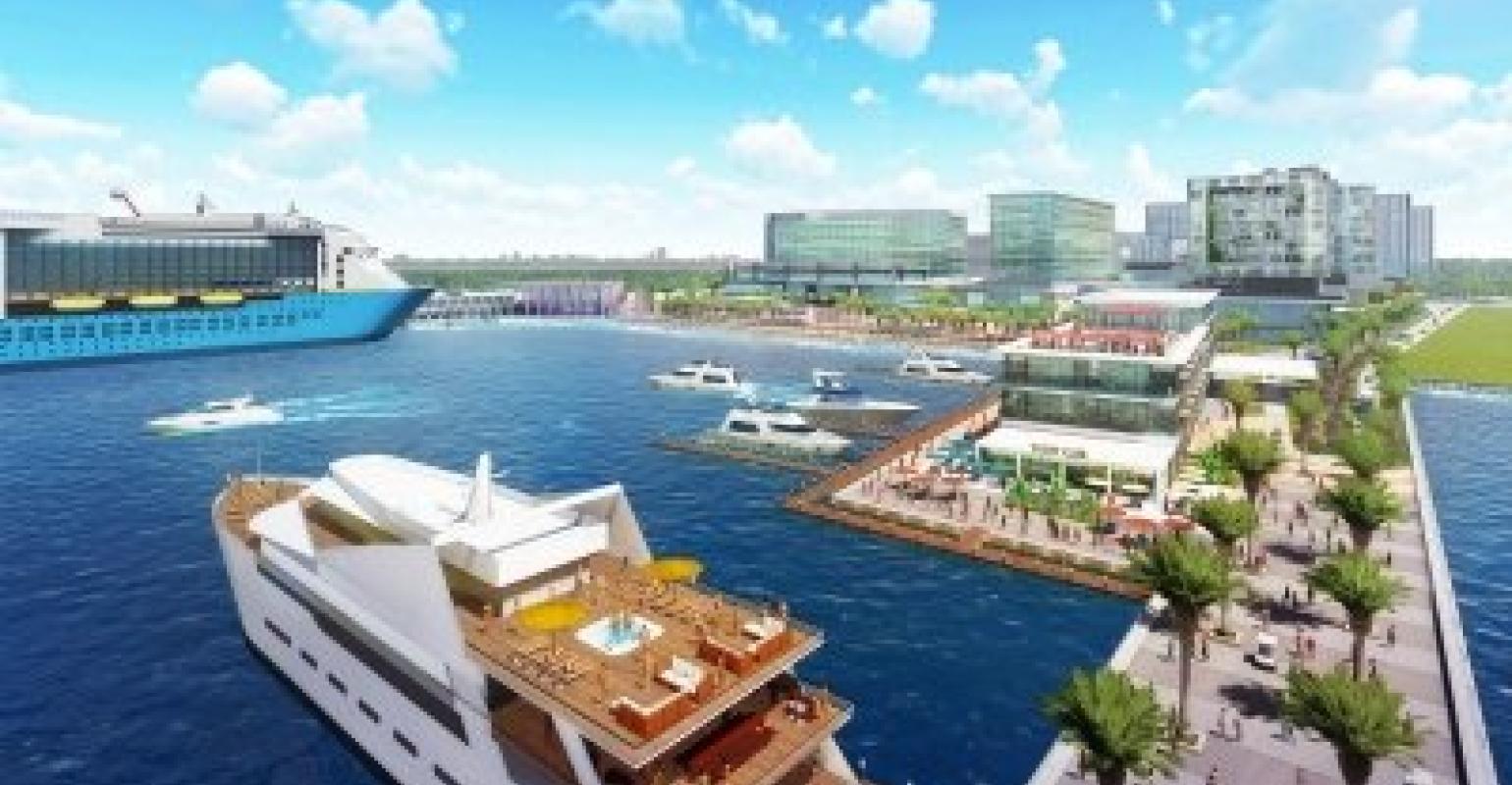 Plans are under way for a pier which can berth two mega cruise ships, strategically fronting Manila Bay and located within the Solaire Resort in Manila’s Entertainment City.

‘While this is primarily designed as a port of call, the terminal building will be able to accommodate homeporting capabilities for the industry’s largest vessels,’ he remarked.

The vision is for one berth accommodating vessels up to 365mtr and another one for ships up to 345mtr. Construction is expected to commence Q3 2019 following a tender process and will take 18 to 24 months to complete.

‘Our plan is to have this operational by Q3 2021 season with a clear timeline for cruise lines to plan their schedules to begin calls at Solaire Cruise Center.’

In phase one, the pier will be able to receive two Oasis-size ships and the terminal building to handle homeporting for one large ship carrying between 3,000-4,000 passengers over an 8-10 hour period.

‘We are working closely with government and the industry including holding workshops to achieve the optimum number but more critically benchmarking the right process for a positive passenger experience’ said Lucci.

Solaire Resort & Casino is an integrated entertainment, dining and leisure destination and an award-winning 5-star resort considered one of the most luxurious and successful integrated resorts in the Philippines.

Aside from Solaire, the Entertainment City comprises City of Dreams Manila, Okada Manila, Resorts World Bayshore and the nearby Mall of Asia – ‘an Asia Las Vegas-like entertainment complex’ is how Lucci describes it.

It has good road connections and the operation of the Skyway will ensure transfer to and from the Ninoy Aquino International Airport in 15 minutes or less. Given this connectivity, Lucci points out the great potential for fly cruise passengers.

Lucci is also the president and coo of Prime Infrastructure and Prime Power. He also holds the role of head of global project and capital expenditures for International Container Terminal Services. Prior to joining ICTSI, Lucci served as the infrastructure commercial director for CH2M HILL in Latin America and as a director of CH2M HILL do Brasil and Halcrow Panama S.A (Halcrow). Early in his career, he was directly involved in cruise development projects in Port Canaveral, Jacksonville, Los Angeles) as well as in the Caribbean (Dominica, Roatan, Belize, Guadeloupe, St Vincent, Mexico) among others.

Lucci noted: ‘Manila is just the start for Philippines’ which has been described as ‘the Caribbean of Asia’ and it is around the success of Manila that we will see and help drive new destinations to emerge across the Philippines to offer a complete itinerary for Asian itineraries.

The project’s next phase will be a marina with yacht and charter boat facilities.