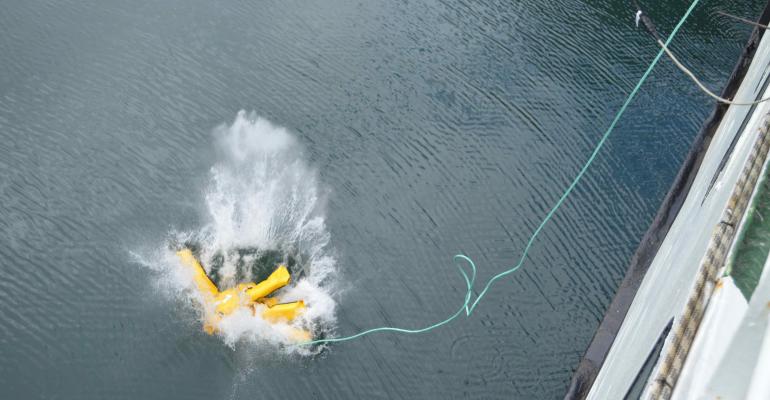 About 22 people a year go overboard from cruise ships, according to figures cited by Capt. Reidulf Maalen of Global Maritime Services. While that's a tiny number (0.00088%) compared to the nearly 25m who cruise, 'One that goes missing is one too many,' Maalen said.

Coming up with a solution, as part of an international research and development consortium, has been a years-long quest for this highly respected captain who spent decades with Crystal Cruises and Royal Viking Line.

At last, 'I think we have what it takes to build a prototype,' he told Seatrade Cruise News.

The US Cruise Vessel Safety and Security Act of 2010 requires ships to 'integrate technology that can be used for capturing images of passengers or detecting passengers who have fallen overboard, to the extent such technology is available.' Other nations enforce this requirement, as well.

But developing reliable technology has been a huge challenge. Most ships use video cameras, however until now, a highly dependable, cost-effective system that works in all weather and sea conditions has not been found, to Maalen's knowledge. The other crucial component is alerting the bridge in time to do something.

Seconds count. The main problem is that nobody witnesses the overboard incident. By the time someone is missed and a search is undertaken, it's often too late. Such searches are costly, typically exceeding €1m, depending on the scope of the operation.

SOS integrates several advanced sensor technologies that have complementary characteristics to greatly improve the quality of the detection and reduce the influence of weather and environmental conditions. SOS is particularly designed to detect falling or moving objects close to the hull (within 100 meters). In addition, it has an extended range aft of the ship (up to 2,000 meters) for exact location identification of the person in the water.

The type of alerts and the way they're presented are optimally adapted to the situational awareness on the bridge in this system that's designed to give the master an accurate 360-degree overview of the surrounding environment.

According to the development consortium, the capability for instantaneous detection, with extremely high detection probability and low false alarm rate, coupled with instantaneous alerting, are the main advantages of their SOS.

The consortium set the bar very high. 'We decided to go for zero percent [false alarms},' Maalen said. 'You cannot guarantee 100% accuracy but that is what we were aiming for. A false alarm can have tremendous implications for a cruise ship.' And missing a man overboard is unacceptable, too, he added.

The group that developed SOS consists of specialists in sensor technology, oceanography and satellites, and includes Chalmers University of Technology in Gothenburg, Sweden. The research leading to the system received funding from the European Union's Seventh Framework Program managed by REA-Research Executive Agency. Classification society DNV GL is one of the consortium's partners and advisers, however verifying the system will require building a prototype.

The consortium is now seeking a partner to move on to the prototype phase. 'Ideally we would partner with an established technology company that has a good name in the industry,' Maalen said.

There is regulatory pressure on industry to come up with an effective man overboard system, and such incidents are very costly for ship operators. But, according to Maalen: 'Saving lives is the absolute No. 1 motivation.'