Southampton debut for Celebrity Apex in 2020 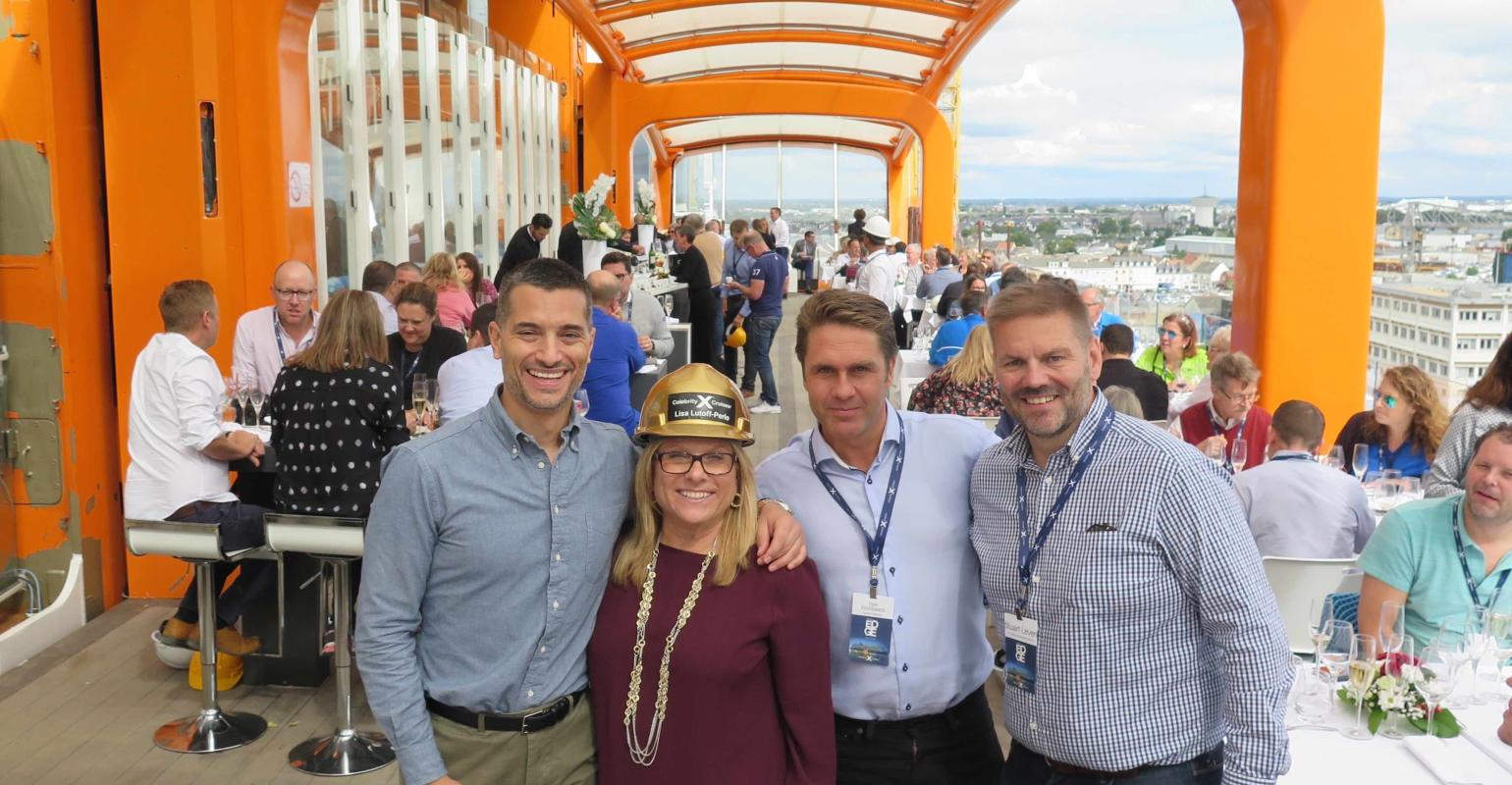 Lisa Lutoff-Perlo, in a gold hard hat aboard the Magic Carpet of Celebrity Edge, announced sister ship Celebrity Apex will be introduced in the UK. With her, at left, Peter Giorgi, Celebrity Cruises' chief marketing officer, and at right, Geir Kronbaeck, who's new with the company in Scandinavia, and Stuart Leven, VP EMEA and managing director of RCL Cruises Ltd.
As top travel retailers and international media got a first peek at Celebrity Edge today at Chantiers de l'Atlantique, Lisa Lutoff-Perlo announced sister ship Celebrity Apex will debut in Southampton in spring 2020.

Pre-inaugural voyages, the naming ceremony and a mini-season from Southampton are planned before Celebrity Apex repositions to the Mediterranean for the summer.

'The UK and Ireland market is very important to us and has grown,' the Celebrity president and CEO said.

Itinerary specifics will be announced during Celebrity Edge inaugural festivities in Florida on Nov. 29.

Rzymowska brought 40 travel partners from the UK and Ireland to preview Celebrity Edge in Saint-Nazaire, a sizable number of the nearly 100 agents and media on hand.

'It shows the confidence and commitment to the UK and Ireland,' she told Seatrade Cruise News. 'This has taken a lot of planning, discussion and operations. I'm delighted Richard [Fain, chairman and CEO, Royal Caribbean Cruises Ltd.] and Lisa agreed Southampton would be the place to introduce Apex. It shows their commitment to the market and the suport we get from trade partners and their confidence.

'Celebrity Edge has been selling strongly in the UK,' Rzymowska added.

Celebrity Edge is going to debut in the Caribbean this winter before heading to a UK inaugural in Southampton May 13-15, followed by a 10-night Iberian Peninsula cruise, the ship's first European revenue voyage from Southampton, ending at Civitavecchia (Rome). Cruises from Rome and Barcelona follow.