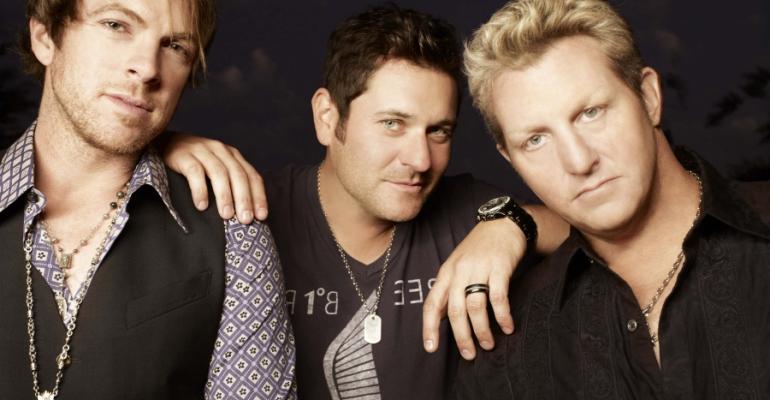 Rascal Flatts
Carnival Cruise Lines unveiled its new Carnival LIVE Concert Series roster for spring 2015. Coming on board in the first part of next year will be Journey, Rascal Flatts, Little Big Town and Smokey Robinson. Plus, Styx will be back by popular demand for the second season.

The Carnival LIVE concert lineup builds on the success of an inaugural year of sold-out on-board performances. More acts are scheduled for the latter half of 2015.

The 2015 Carnival LIVE Concert Series kicks off next March and features one or more major artists each month, performing multiple shows on Carnival vessels docked in one of three ports of call: Cozumel, Nassau and a new port for the program, St. Thomas. Artists board the ship in port, perform in the main show lounge, and then debark following the concert.

Tickets for 2015 range from $35 to $60 for general admission, which Carnival said is significantly less than land-based concerts. VIP tickets are available for $125 to $250, offering fans seating in the first four rows, a chance to meet the artist, a souvenir photo and a commemorative concert pass.