St. Kitts welcomes 'one of the greatest ships in the world' 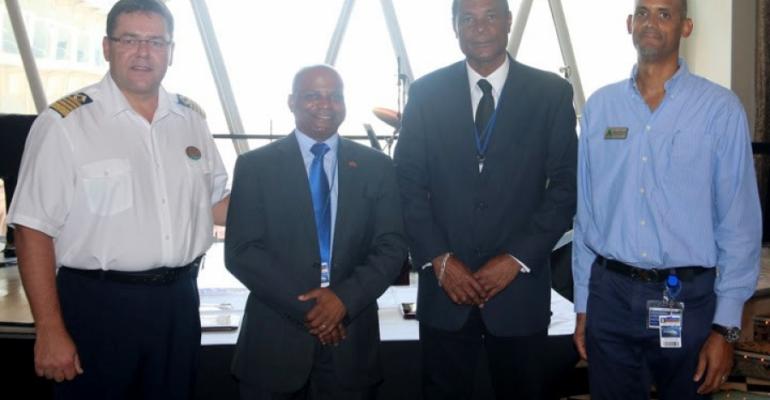 Oasis of the Seas made its maiden visit to St. Kitts on Wednesday, bringing more than 6,000 passengers to an island that will handle more than a million cruisers this year.

Tourism Minister Lindsay Grant, who led a delegation for a plaque exchange with the captain, called it a 'very special event' to welcome 'one of the greatest ships in the world.'

Grant noted that Port Zante, built more than 20 years ago, is able to accommodate the world's largest cruise ships—a testament to those who conceptualized the port and oversaw its upgrades.

Capt. Per Kristoffersen said Oasis of the Seas was carrying 6,380 passengers and 2,183 crew.

The captain also mentioned his eagerness to play a few rounds on what he'd heard is one of the Caribbean's best golf courses.

Wednesday was a three-ship day for St. Kitts, with approximately 14,000 passengers arriving.

Oasis of the Seas will be visiting a total of five times in 2016.