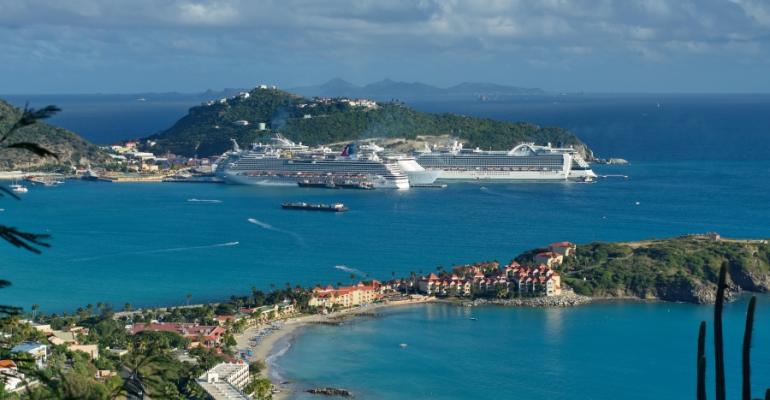 By hosting the Florida-Caribbean Cruise Association Conference & Trade Show this week, St. Maarten expects a bump in future economic impact and exposure as a budding convention destination. Some 1,000 attendees are in Philipsburg for the FCCA's 21st annual event.

According to the 2012 Business Research & Economic Advisors (BREA) study, the average spending per passenger in St. Maarten was $185.40, including food and beverage purchases at restaurants and bars, clothing, shore excursions, ground transportation, local crafts and souvenirs, watches and jewelry, perfumes and cosmetics, electronics, entertainment/nightclubs/casinos, retail purchases of liquor, and telephone and Internet.

And crew member spending averaged $135.50 for similar products and services. Plus, the BREA study revealed the direct and indirect employment generated by the cruise industry totaled 8,123 jobs and $159.8m in employee wages.

By these figures, St. Maarten's 70% increase after hosting its first FCCA event represents an increase of $114m in passenger spending alone, along with the corresponding growth of crew spending, cruise line spending and employment, as well as the indirect contribution of passengers who return to the destination as stay-over visitors.

Projecting this same growth after this year's conference would be aggressive, considering that in 2014 St. Maarten expects 1.67m passenger arrivals aboard 523 calls from FCCA member lines alone. But BREA's figures show that a single vessel carrying 3,000 passengers and 500 crew would generate $556,200 in passenger spending and $67,750 in crew spending, along with roughly $15,000 in port fees, totaling $638,950.

Projecting a more conservative growth rate of 20%, or 105 additional cruise calls, would mean an extra $67m per year directly contributed to St. Maarten's economy. Plus a 20% increase in cruise tourism-impacted employment would represent 1,625 more jobs with $32m in wages.

As Mark Mingo, ceo of Port St. Maarten, noted, hosting the event is also a step in establishing conference and convention tourism, a niche market he believes should be explored and developed.

'We have an opportunity in the FCCA post-conference period to work towards establishing St. Maarten as a dynamic business events destination,' Mingo said.